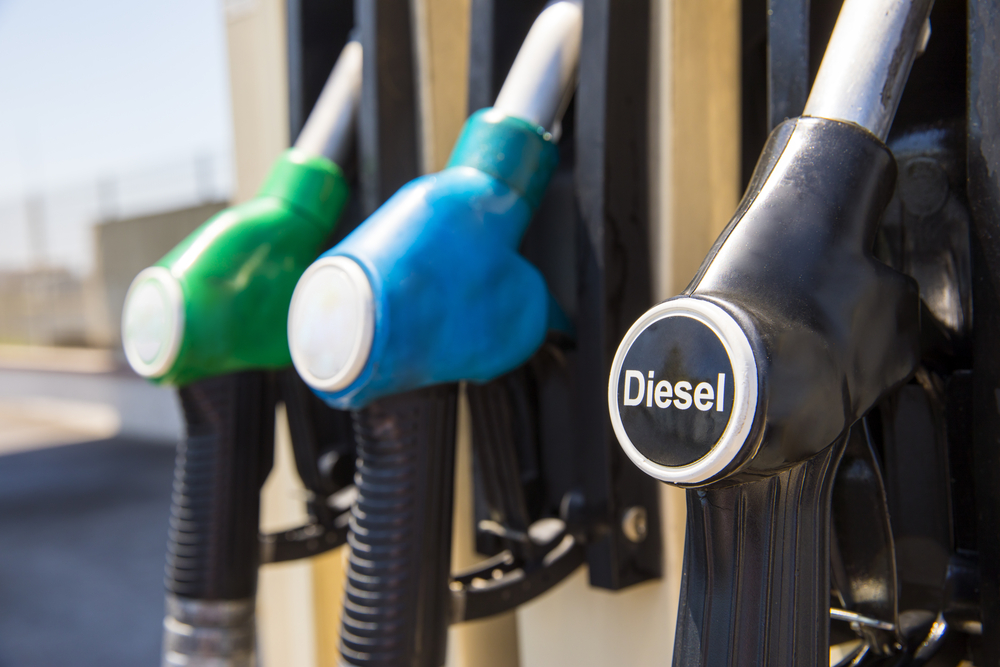 Diesel engines were once a popular option for car buyers who wanted a more fuel-efficient drive. While several luxury manufacturers released diesel cars, the number of models has dwindled significantly over the years. Hybrid and electric vehicles have eclipsed diesel offerings as the energy-efficient preferences for consumers.

Mercedes-Benz, Audi and BMW once produced several luxury cars powered by diesel, and buyers can still find these models on the used or pre-owned market. Those who want newer diesel vehicles have a few luxury options from Cadillac and Range Rover. These are the luxury diesel cars available on the new market:

What is the Benefit of Diesel?

Diesel engines work a bit differently than standard fuel engines. The difference is related to the combustion timing within the engine. With diesel engines, air is compressed by the pistons, and then the diesel (fuel) is injected. The spark plugs ignite the ball of gas for a powerful explosion that fuels the engine.

Diesel engines offer more power. For this reason, this engine is preferred for those who need to tow or haul heavy loads.

Standard fuel-injected engines release the fuel into the oxygen, which is then compressed by the pistons. The spark plugs then cause the combustion that powers the vehicle.

Why is diesel more powerful? When the air is compressed before it is injected, it is heated. This warm or hot air infused with the fuel creates a stronger combustion, and, thus, offers more power.

Other luxury brands like Porsche and Mercedes-Benz also offered diesel engines for select models. However, diesel engine cars are now not typically offered in the United States; SUVs and trucks, though, still provide for a diesel engine option.

One of the issues with diesel cars is that manufacturers were including technology that fooled emissions tests. As the New York Times reported, both Volkswagen and its luxury arms Audi and Porsche were part of the diesel scandal.

In addition, Daimler—the parent company of Mercedes-Benz —also faced its own diesel scandal; Motor1 reported that the company paid out $3 billion to settle the case. BMW also incurred a $1 billion fine from the European Union for its diesel scandal; Volkswagen received the same fine.

Used luxury diesel options from BMW, Porsche, Mercedes-Benz and Audi could be available in the used or pre-owned market. When the scandal related to diesel cars became public knowledge, manufacturers like Volkswagen offered to either fix the glitch to ensure the vehicle abided by emissions standards or buy back the vehicle from owners.

Klipnik reported that many owners chose the buy-back option. The acquired vehicles were eventually available in the used or pre-owned market

Prices of these models could vary based on:

The availability of used vehicles might vary per area and per dealership. However, buyers might be able to find used diesel vehicles through affiliated brand dealerships (like Audi, Volkswagen, etc.).

Depending on the make and model, car buyers might find a deal in a diesel model. However, if they are looking for the most eco-friendly option, they might not gravitate towards diesel. Hybrid options could be a better option. In addition, electric models don’t rely on any fossil fuels and provide a cleaner ride.

Diesel vs. Electric or Hybrid

Diesel engines offer more power than a standard engine. This makes them a better choice for hauling and towing. Car buyers who need to pull a larger trailer might opt for diesel.

Car buyers who want to maximize gas mileage, though, might focus on hybrid or electric vehicles. Many hybrid models offer more than 50 MPG. Electric vehicles don’t require any fuel; they simply need to charge via an electric plug.

The efficiency of electric models is denoted by the length of their range. The longest range model on the market is currently the Lucid Air Dream Edition, which is priced at $169,000 and offers an estimated range of 520 miles. Unfortunately, interested buyers can no longer place a reservation for this model.

As newer electric models are released, the maximum estimated range might also increase. For example, Tesla is taking reservations for its Roadster model, which is anticipated to have an estimated range of 620 miles.

Car buyers who have the budget for a luxury car might not be too fixated on price. A larger budget means that these buyers could choose from many different electric models to decrease their reliance on fossil fuels.

Luxury buyers also can choose from a range of hybrid vehicles. Lexus, Porsche, BMW, Mercedes-Benz and several other luxury brands all offer hybrid models. Fuel efficiency varies between models; however, hybrids should get more miles per gallon than the standard models.

Manufacturers now largely focus on producing hybrid or electric models for their lineup. Diesel engines now tend to be focused on vehicles that need the engine’s power like SUVs and trucks.

In fact, the Cadillac Escalade, Escalade ESV, the Range Rover and Range Rover Sport are the biggest luxury names that offer diesel engines. Here’s what buyers should know about these models:

The 2022 Cadillac Escalade allows buyers to choose a 3.0L Duramax Turbo Diesel as an upgraded option; this increases the noted price to $79,540 on the Luxury trim option. The upgrade bumps the price on all trims by $100. The large Escalade can get decent fuel efficiency for its size—21 MPG in the city and 27 MPG on the highway. It has a maximum towing capacity of 7,500 to 7,700 pounds.

The Cadillac Escalade ESV also offers a 3.0L Duramax Turbo Diesel as an upgraded option. The ESV with this upgrade costs $82,540. The ESV offers the same fuel efficiency and towing specs as the standard Escalade.

The 2022 Land Rover Range Rover starts at $93,800 and the Sport starts around $83,000. Both vehicles can integrate a diesel engine, which improves fuel efficiency on the highway more than 20 percent. Interested buyers should request a quote for pricing. Towing capacities might vary.

Pickup trucks might be considered a luxury model because of their price tag. Many larger pickup trucks have price tags that rival the price of smaller luxury cars. While the Ford F-150 starts at $30,870, the larger F-250 is priced at more than $38,000.

These base models don’t reflect any engine upgrades or any added features; the base also doesn’t account for a buyer choosing a roomier cab option. The starting price only denotes the base model that offers only standard features.

Some buyers might need a diesel engine for its power. Escalade and Range Rover models offer a diesel option. This engine is often an upgrade, and buyers should expect to pay more. For Range Rover pricing, buyers can reach out to the dealership for a quote.

Some buyers might need a diesel engine for its power. Escalade and Range Rover models offer a diesel option. This engine is often an upgrade, and buyers should expect to pay more. For Range Rover pricing, buyers can reach out to the dealership for a quote.

Pickup trucks could be considered as a luxury option when their price tag climbs into the ‘luxury range.’ Trucks have a pricier starting MSRP, and any upgraded engine or any added features bumps the price even higher.

The most popular pickup truck models could be difficult to find. Ford has stopped taking orders on a few of its models, including the electric F-150 Lightning.

Buyers who are interested in an electric pickup truck, though, do still have other options. Tesla is still taking orders for its futuristic Cybertruck. However, new buyers might have a wait ahead of them, as the Cybertruck’s delivery schedule has been moved back.

Car buyers who are really fixated on a diesel luxury car could still find models via the used or pre-owned market. While diesel cars were once considered a cleaner and more fuel-efficient option, manufacturers now seem to be focused on hybrid and electric models. Luxury models can still find older diesel cars, but newer models are limited to a few brands and limited to SUVs and trucks.