These are the Best Car Technology Features 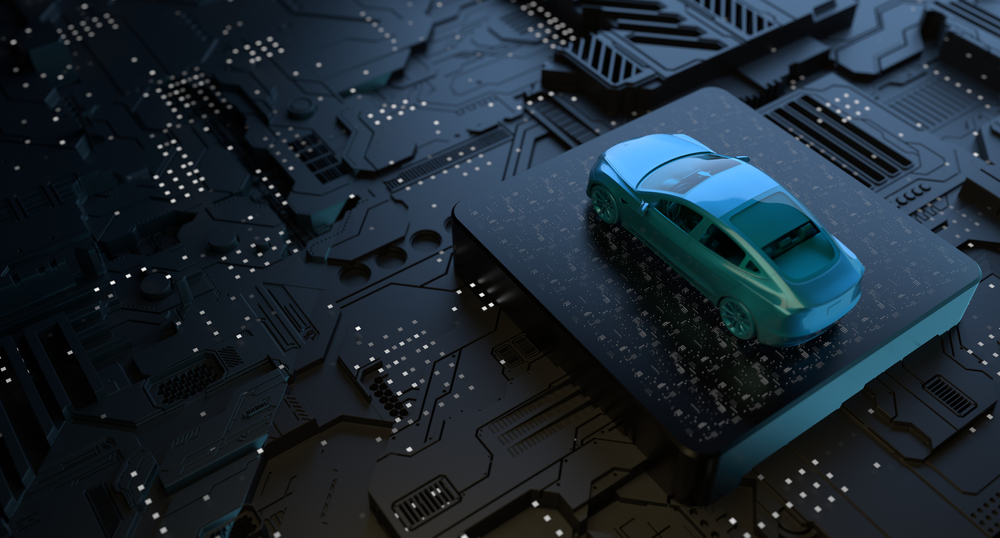 Technology has changed daily life. The Internet of Things now allows consumers to have a ‘smart home,’ and cars have grown smarter, too. New technological features now dwarf the features of the past. Older drivers probably remember the days when a tape deck in a car was a high-end upgrade.

The tech features of today’s cars help make the drive easier, safer and more comfortable. What are the best car technology features that new car drivers can enjoy? Check out these options and standard features:

Cameras to Watch All Angles

Backing up out of a tight parking spot used to be stressful. Drivers looked over their shoulder glancing behind them in both directions to make sure another car wasn’t coming. Drivers also had to be mindful of their turning radius and their proximity to the cars on either side of them.

Modern cars now take the pain out of parking and backing out of those spaces. Some cars actually offer self-parking technology that helps drivers navigate into a parallel parking space.

However, all cars now come standard with backup cameras; these cameras became standard in 2018. These show the environment behind the car and can make backing out of a parking space much more simplistic.

In addition, many models also include optional (or maybe even standard) front or all over cameras to give the driver even more data about their car and its surroundings. Some cars even alert the driver if they are getting too close to another car or stop the car.

All these cameras can help decrease the odds of an accident and can improve the safety of both the driver and other vehicles and pedestrians, too.

Today’s models offer an infotainment screen that shows the view of the backup camera or details other information  for the driver. However, some makes/models now offer a high-tech augmented reality heads-up display.

The front seats of vehicles have improved through the years. Now, though, some manufacturers are offering luxury features in the front seat like massaging technology. While a massage during the commute could distract some drivers, this feature could just be used in the parking lot before heading on the highway.

Massage technology could add some relaxation to a stressful commute. The feature also could be respite after a long day sitting at a desk. For car buyers that consider this feature a ‘must have,’ Kelley Blue Book (KBB) rounded up a list of all the models that feature massage seats. Brands that offer this feature include:

Personal Assistants Might Answer Any Command in the Car

These AI resources might be able to perform various commands automatically with a simple audible prompt. These assistants might offer different features depending on the manufacturer, but car buyers will notice that the virtual car assistant is becoming more of a trend.

Sharing a car between multiple drivers means that each driver might have to readjust the seat when they get behind the wheel. While some models have easy to maneuver power seats, others rely on multiple manual levers to adjust the driver’s seat.

Many models now offer memory seats. This feature actually stores the perfect seat setting for each driver. When a new driver gets into the seat, they don’t have to worry about dealing with all those seat adjustments. The car will do it for them.

Sometimes rain showers come on quickly. Some showers might just be a bit of drizzle, while others could be a full downpour. With rain-sensing wipers, the driver no longer has to turn on their windshield wipers.

Once the wipers sense moisture, they automatically turn on. No more reaching for the controls or fumbling for the speed.

Drivers know to check their blind spot before moving into another lane. Sometimes a car can enter the driver’s blind spot quickly, and this could pose an accident risk.

Many models now offer advanced safety systems that warn a driver when another vehicle has entered their blind spot. The car might make a noise to ensure the driver is aware.

Some models also offer cross-traffic warnings. This is useful when a driver is backing out of a parking spot; the alert will sound if another car is coming up behind the vehicle.

Luxury manufacturers might offer some very unique high-tech features. For example, Rolls Royce lets buyers create a star pattern on the ceiling of their vehicle. These stars are little lights, and they can be arranged in any constellation or pattern. This feature is called the Starlight Roof Headliner.

Nissan is currently working on advanced technology for their vehicles. The technology is called Invisible to Visible (I2V). The technology will allow for avatars to sit in the car to guide the drive, provide companionship or to give recommendations. I2V also will alert drivers about upcoming obstacles and help them find parking spots, too. Not only can the technology let friends or family appear in the car as avatars, but I2V also can superimpose imagery over windows in the car to transform a dreary day into a sky that’s blue.

The technology that could transform driving in the future is the possibility of self-driving vehicles. While electric vehicles might allow for some features that aid the drive, no consumer vehicle offers a fully autonomous option. Tesla notes to its owners that its Autopilot option still requires drivers to be engaged in the drive and aware at all times; the manufacturer explains that Autopilot doesn’t mean the car is self-driving (or autonomous).

Self-driving ride hailing services are currently being tested in some areas; in fact, those living in San Francisco can now hail a self-driving taxi. However, self-driving cars aren’t an option for consumers to purchase. Could self-driving or autonomous cars be the future? It’s possible, but manufacturers could have a long way to go before all cars become self-driving.

The Rise of Electric

One of the high-tech features that drivers might now take for granted is the electric vehicle. These models are now becoming a popular choice for drivers who are ready to part ways with the gas pump.

Each year, manufacturers are introducing different electric options. Electric pickup trucks and SUVs are hitting the roads. Tesla even introduced the new futuristic and sleek Cybertruck, although the model is still in production.

Ford’s new F-150 electric Lightning was so popular that buyers can no longer place an order. Chevrolet has announced its new electric Silverado, and those who want to purchase one can now make a reservation. The electric Silverado is expected to have an estimated range of 400 miles.

There are many high-tech functions in many cars that buyers might have taken for granted over the years. For example, most modern cars are now compatible with devices and can stream music and even make calls, too.

Not all models come standard with cruise control, and this is a feature that many drivers might have come to take for granted. Set a speed and then take the foot off the gas. The tech simplifies the drive especially during long-distance journeys. Drivers might use this feature when their feet become fatigued.

Drivers also now receive more information about their car than ever. Yes, there are still the standard warning lights about low oil or engine issues. However, now cars might alert drivers as to which door is ajar or even that they need to change their oil. Drivers can even check their oil life.

As new 2023 models drive into the inventory at dealerships, buyers might have even more high-tech offerings. AS tech improves, car buyers might see these advancements weave into the drive. As backup cameras went from an upgraded feature to a vehicle standard, other features could become standard, too.

Buyers also might find that luxury models offer high-tech features that they didn’t know existed. From a starlit roof to virtual assistants, technology in cars is elevating the driving experience.