These are the Most Popular Cars in America 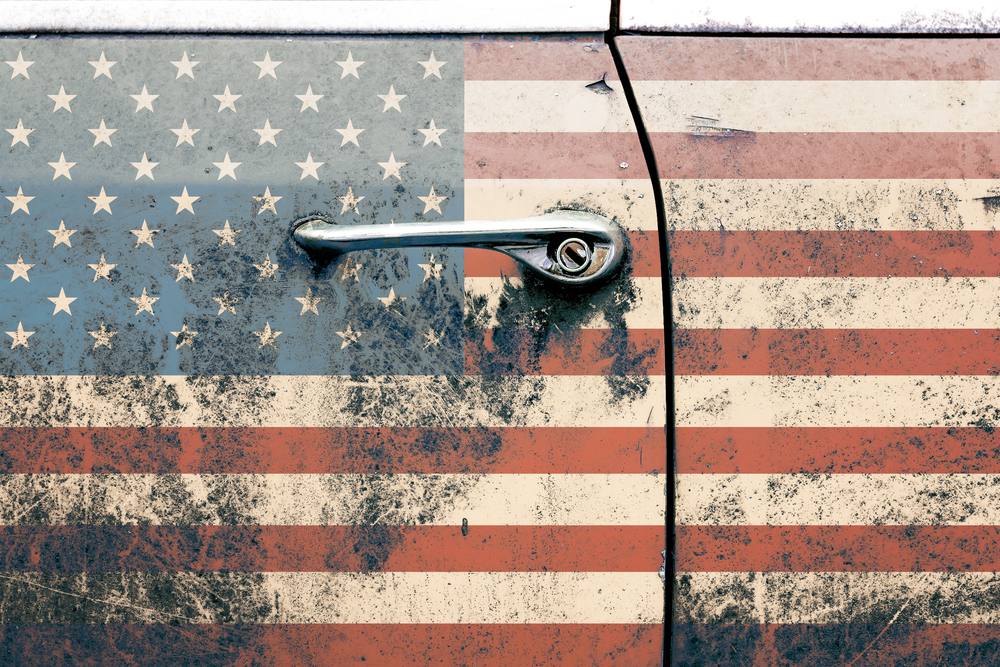 Some vehicles drive off the lot quickly. These models might have been popular for years or they could be new models that have gained traction among buyers. The most popular vehicles are defined as the models with the highest sales figures.

The Ford F-Series has remained the best-selling vehicle in America for four decades, and it likely will not be toppled. The Ram and Silverado might change as to which truck holds the second-place and third-place position, though.

What are the Most Popular Sedans?

Consumers might use the term ‘cars’ colloquially to denote a vehicle of any body type.  The term ‘cars’ used in the most literal sense, though, refers to sedans—compact, full-size or mid-size. The most popular cars (sedans) in 2021 included the following models:

Car shoppers might notice that the first sedan on the best-selling list from Car and Driver didn’t make the top five spots. The fourth and fifth best-selling vehicles in 2021 were the Toyota RAV4 and the Honda CR-V—compact or small SUVs.

Between the Toyota Camry and the Honda Civic were three SUV models. The Nissan Rogue came in at 7th place, the Jeep Grand Cherokee was the 8th most popular vehicle and the Toyota Highlander ranked in the ninth spot.

Sedans, unfortunately, are not America’s favorite choice of vehicles. In 2021, trucks were the three most popular models in the country. In addition to the F-Series, Ram and Silverado, the Toyota Tacoma and the GMC Sierra also made the best-selling list. The Tacoma was the 11th most popular vehicle, and the Sierra placed 13th.

Out of the 25 best-selling vehicles in 2021, 15 of the models were SUVs or crossovers (including the electric Tesla Model Y). One station wagon made the list, too—the Subaru Outback.

Car and Driver also has released the most popular vehicles in 2022; while the year isn’t even half over yet, the sales data does seem to indicate that consumers still prefer trucks and SUVs to a standard sedan.

The Ford F-Series, Dodge Ram and Chevrolet Silverado still hold the same positions as the top-three best-selling models. While the RAV4 is still popular in the fourth place position, the CR-V has dropped out of the top five (it is now 8th). Its fifth-place spot is now secured by the Jeep Grand Cherokee. SUVs or Crossovers still account for 14 models on the list.

Electric models also have become slightly more prominent. Two Tesla models—the Model 3 and the Model Y—both made the list. The Model Y is the 11th most popular vehicle for 2022, while the Model 3 placed in the 20th spot.

What the Best-Selling Sedans Have in Common

Buyers perusing the best-selling sedans on Car and Drivers list might notice they all share a few similarities. The sedans among the most popular 25 vehicles in 2021 included two Toyota models (Corolla and Camry) and two Honda models (Civic and Accord).

The Corolla and the Civic are competitors and the Camry and the Accord are competitors in their respective market segment. All four models are lower priced and have earned top safety recognition from the Insurance Institute for Highway Safety (IIHS). Each model also is fairly fuel efficient.

The Corolla starts at $20,425. It offers great fuel efficiency for a standard (non-hybrid) model—31 MPG in the city and 40 MPG on the highway. It received a Top Safety Pick+ rating/award from IIHS.

The Civic starts at $22,550. It also offers great fuel efficiency for a standard model—33 MPG in the city and 42 MPG on the highway. The Civic received a Top Safety Pick+ rating award from IIHS.

The Toyota Camry is priced higher than the Corolla and starts at $25,845. It offers 28 MPG in the city and 39 MPG on the highway. The 2022 Camry received a Top Safety Pick+ rating/award from IIHS.

The Subaru Outback: The Lone Wagon

The Subaru Outback is the only station wagon among the best-selling vehicles of 2021, and it also might be one of the few remaining wagons on the market. It was the 21st most popular vehicle for 2021, but in 2022 it hasn’t made the list.

Instead, the Subaru Crosstrek has bumped into the 25th spot for Subaru. The Crosstrek is a crossover wagon and also is offered in a plug-in hybrid option. How do these two vehicles compare?

The 2022 Subaru Outback starts at $27,645. It offers 26 MPG in the city and 33 MPG on the highway. The Outback has space for up to five passengers. For those who need the storage room, the Outback provides 75.7 cubic feet of cargo space behind the front seat. It has a maximum towing capacity from 2,700 and 3,500 pounds. The 2022 Subaru Outback received a Top Safety Pick+ award/rating from IIHS.

The 2022 Subaru Crosstrek is slightly more affordable with a starting MSRP of $23,145. The Crosstrek also is a bit more fuel efficient for city drivers—28 MPG in the city and 33 MPG on the highway. It can tow up to 1,500 pounds and offers space for five passengers. The Crosstrek offers less space overall for storage—55.3 cubic feet. It received a Top Safety Pick (with specific headlights) from IIHS.

The 2022 Subaru Crosstrek Hybrid is much more expensive than the standard option; the hybrid Crosstrek starts at $36,345. It can get an estimated 90 MPGe (this means miles per gallon equivalent). While the standard Crosstrek can tow 1,500 pounds, the hybrid has a more limited towing capacity of 1,000 pounds. It also offers less storage volume—43.1 cubic feet behind the front seat.

Those who need more space and towing power might gravitate to the Outback. However, the Crosstrek is the more affordable option, and it’s also slightly more efficient in the city than the Outback.

What is the Most Popular Vehicle in America?

Of all the vehicle models available on the market, the Ford F-Series has remained the most popular vehicle in America for about 40 years. Not only is the F-Series incredibly popular, but some models also can be very hard to find now that the supply chain is crunched.

Ford released an electric model of its popular F-150 called the Lightning. The model proved to be such a hit with buyers that Ford has stopped taking orders. The manufacturer also ceased orders for its Maverick pickup truck model, which is a hybrid.

What is the Most Common Car in America?

Insurify compiled a graphic that shows the most popular car in every state. In many states in the Midwest, the F-Series reigns supreme. However, both Illinois and Indiana love the Chevrolet Malibu.

The most popular car can change from state to state. The Impreza even topped the list in Vermont.

Explore All the Models with RelayCars

Car buyers can download the RelayCars app for free via Google Play or the App Store to explore all the most popular vehicle models in virtual reality (with Google Cardboard) or via 3D interactive car models. Consumers also can visit the RelayCars mobile site on their smartphone or tablet to explore vehicles in augmented reality (or use the on-screen 3D models).

With RelayCars, consumers can interact with digital models of any model they choose. The 3D models can be rotated using a fingertip to view the car from different vantage points. Car shoppers can even look inside the vehicle and explore the interior, too.

The RelayCars’ mobile site also lets consumers use augmented reality technology to preview vehicles. The camera of a Smartphone or tablet can capture the user’s environment, and the experience will insert a model of the vehicle into this space.

The RelayCars app and website also features specs and pricing data for all the models in the inventory. Shoppers can use RelayCars as a research tool to discover the best vehicles for their budget and to understand the features of each different option. RelayCars even lets car shoppers view models in multiple paint hues.

Looking for the most popular cars in America? Use RelayCars to explore them all!