The Future of the Automotive Industry is Connectivity 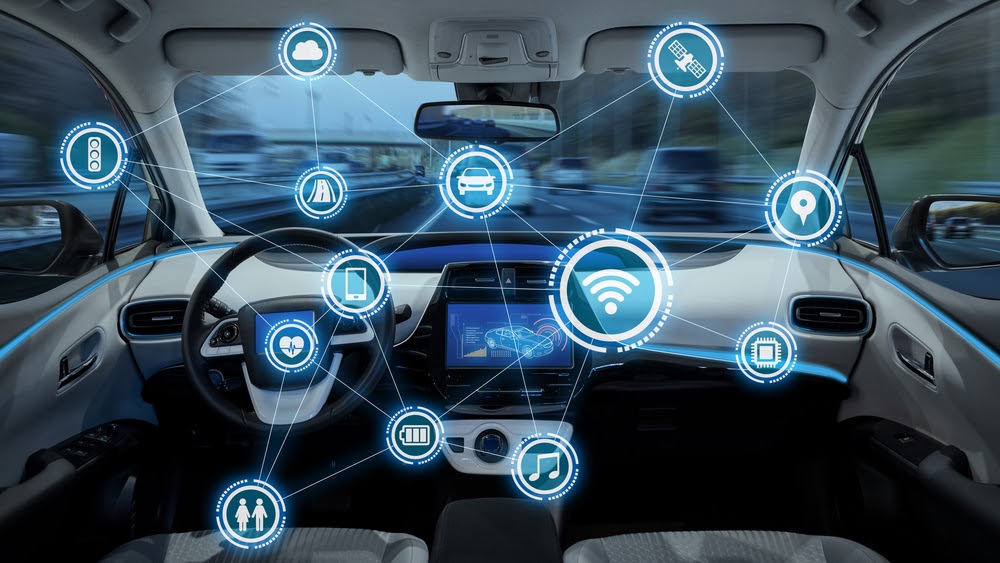 The first automobile was invented in 1886 by Karl Benz, but cars were not widely accessible to consumers until over two decades later, when Henry Ford produced the Model T.

The Three Components of Connected Cars

The fully connected car of the future will consist of three main components, which are:

Each of these three components plays an important role in keeping the vehicle connected. The infotainment component, which provides information and entertainment, is used to connect the vehicle to its driver and passengers.

The telematics component is used to connect your vehicle to the cloud, where data is stored and shared.

Finally, the infrastructure component is used to connect your vehicle to its surrounding environment so it can detect threats and hazards.

Automotive Connectivity Trends of the Future

It’s estimated that more than three-quarters of new vehicles will be connected to some degree by the year 2025. But what will a connected car be capable of doing? What changes should drivers expect in the cockpit? Experts predict that a number of trends will shape the future of connected cars. Some of the top connectivity trends include:

The autonomous vehicle market is expected to grow by 60% by the year 2023. But this doesn’t necessarily mean that driverless vehicles will flood the roads in the next several years.

There are five different levels of driving automation, all of which rely on connectivity to operate. The levels are:

In the years ahead, experts believe that manufacturers will shift their focus from the lower levels to the upper levels of automation.

Telematics technology allows the vehicle to send and receive data to the cloud. In the future, experts believe that this technology will be used to gather data on driver behavior and vehicle performance.

These are some of the many ways in which telematics technology could be used in connected cars in the future.

Artificial intelligence, or AI, is the simulation of human intelligence in computers. This technology allows a machine to learn from its mistakes, adjust to changes in its environment, and complete many tasks.

Fully autonomous vehicles will rely on AI technology to operate. However, experts predict that AI will be used in vehicles of all automation levels in the future.

Automotive manufacturers may use AI technology to incorporate virtual personal assistants into their vehicles’ infotainment systems. These virtual assistants would function like Apple’s Siri or Amazon’s Alexa by responding to voice commands, retrieving information, and answering questions. This would make it easier for a driver to pull up directions to their destination or find a local gas station without taking their eyes off of the road.

This technology could be used to help people stay connected to their work while on the road. In 2020, Salesforce introduced its vision for a “mobile office,” which was a car equipped with an AI-supported infotainment system. This system allowed the driver to access various business applications, including a CRM platform, so they could perform marketing and sales activities using only their voice.

But that’s not all. Industry insiders believe that this technology will be combined with vehicle-to-everything (V2X) technology in vehicles over the next several years. Together, these technologies would allow a vehicle to communicate with other vehicles in addition to traffic lights and other types of infrastructure.

Experts believe that the combination of V2V and V2X technology will improve the driving experience for everyone by reducing congestion on the roads. V2V and V2X communication could also make the roads safer. In fact, it’s estimated that these technologies could prevent around 81% of all traffic accidents.

Experts predict that every new vehicle will be built with V2V technology by the end of the year 2023. Then, automotive manufacturers will most likely start adding V2X technology to vehicles soon after.

Many vehicles on the road today are equipped with sensors that are used to provide drivers with information on their immediate surroundings. For example, if your vehicle beeps when you are about to back into something, this means it is built with sensors. But in the future, sensors on connected vehicles will be used in new and exciting ways.

Some vehicles today are already designed with sensors that warn drivers of safety hazards such as icy roads, potholes, or pedestrians. In the future, these sensors will do more than just warn drivers of hazards in their path. They will also be capable of analyzing the data to determine what changes need to be made to keep everyone in the vehicle safe.

For example, a sensor might detect a patch of ice in the road ahead. In the future, this sensor may be able to quickly calculate how far away the icy patch is from the vehicle and when the vehicle should start braking in order to avoid sliding on it. Then, the sensor may either notify the driver when it’s time to brake or automatically apply the brakes at the appropriate time.

This is one of many ways in which sensors could make the roads less dangerous in the future.

This technology has the power to completely transform the automotive industry. Gartner, a research and advisory company, predicts that nearly three-quarters of vehicles will be connected to 5G by 2023. This number is expected to grow even further to 94% by the year 2028.

5G technology will increase the coverage of wireless networks around the world, which means it will be easier for vehicles to stay connected even when traveling in remote areas. This technology will also make vehicles capable of quickly and efficiently performing many “connected” tasks, including automation, data collection, and AI-supported problem solving.

Another trend that experts expect to appear in connected cars in the future is brain-to-vehicle communication technology. This technology would use sensors to record the driver’s brain wave activity. Then, the vehicle will analyze this data to identify issues or predict what the driver is going to do next.

For example, this technology may be used to detect when a driver is getting drowsy. If the driver’s brain wave pattern indicates drowsiness, the vehicle could alert the driver to pull off the road. Fatigue is a leading cause of traffic accidents, so this could potentially prevent thousands of collisions.

Nissan introduced a prototype of its brain-to-vehicle system in 2018. This system measured the driver’s brain waves to determine what maneuvers they would make next. For instance, the system is capable of detecting brain waves that trigger movement of the hands or feet. If these brain waves were detected, the system would quickly analyze this data to determine if the driver was about to hit the gas, apply the brakes, or turn the steering wheel. The vehicle could then initiate the action before the driver does to reduce the reaction time.

Even though Nissan has already started testing this technology, experts believe that there’s still a long way to go before it is widely accessible to automotive consumers.

The Benefits of Connectivity in the Cockpit

There are many benefits to increasing connectivity in vehicles. Perhaps the biggest benefit of connectivity is it allows consumers to stay connected to their devices at all times–even when they’re on the road. Staying connected is often viewed as an essential need in today’s world, and connected cars would allow consumers to truly stay plugged in wherever they go.

Experts believe that technologies such as V2V communication and AI could help drivers avoid accidents. If this is the case, connected vehicles could potentially save thousands of lives every year.

Connectivity may make the driving experience more enjoyable, too. Thanks to connectivity, drivers and passengers will have access to more information and entertainment than ever before. Drivers can use this information to steer clear of traffic congestion, get directions, and avoid safety hazards, whereas passengers could use this technology to watch videos, use apps, or enjoy other forms of entertainment until they reach their final destination.

Maintaining a connected car would also be much easier for car owners. Experts believe these vehicles will be equipped with technologies that monitor a vehicle’s performance to identify potential issues and determine when maintenance is needed. Car owners would not need to remember the date of their last oil change. Instead, they would simply need to wait for their vehicle to tell them when it’s time for the next one.