Driving into the Future: An Update on the Autonomous Car 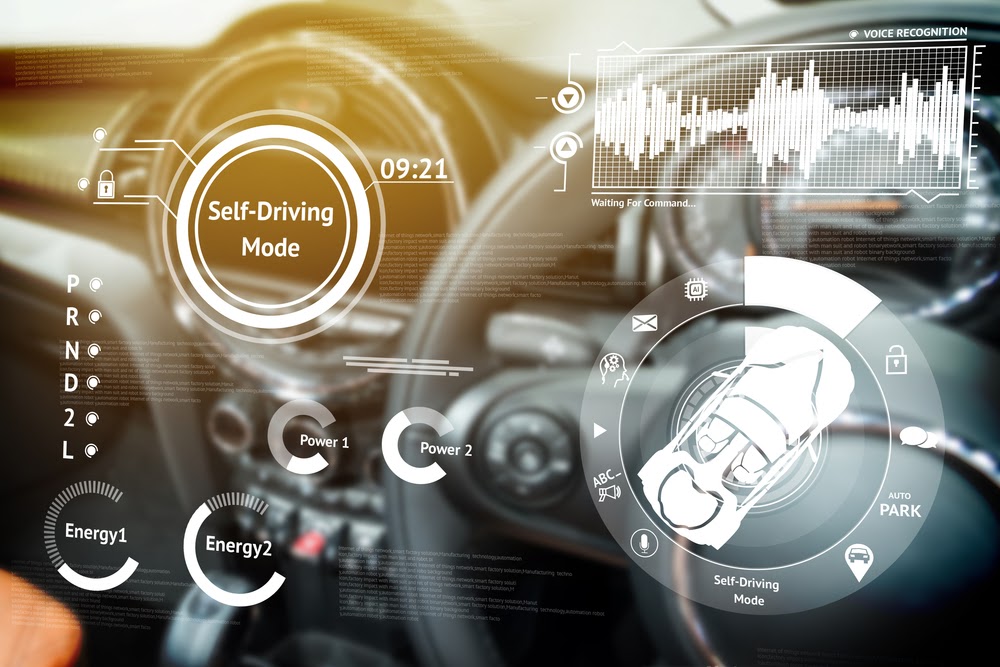 Technology leaders like Google, Microsoft, Apple, Amazon and Tesla may be in a race to discover who will develop the first successful autonomous car…and who will take this concept mainstream. Technological innovations are driving the future, and autonomous cars may soon take the driver’s seat and hit the highways.

Before consumers can purchase a car that drives without a driver, though, there are many hurdles developers need to cross. Many are trying to pave the way for autonomous travel across the nation’s highways and byways, but how far are these companies in unveiling the first true self-driving car? Here’s an update on driving autonomy and what the future may hold.

China may be taking the lead on self-driving innovation. New Atlas reported that Baidu (a Chinese tech titan) has hit the gas on its Apollo self-driving Robotaxis. According to the news story, the taxis will service Shougang Park in Shanghai and already clocked more than 10 million kilometers in prior safety tests before they became available to the public.

New Atlas explains that the service will be tied to the Apollo app. Individuals can download the app and then hail an Apollo robotaxi. QR codes are reportedly used to verify the identity of the individual, and these codes gain access to the taxi. The passenger touches a button to begin the ride, but the journey only begins when the seatbelt is fastened and no doors are ajar.

The service will be available to individuals visiting for the 2022 Olympics, so Baidu’s service could make quite the impression on international visitors.

In the United States, robotaxis also are being test piloted in certain cities. Back in 2020, California gave the green light to robotaxis that hoped to operate in the state.  About a month after The Verge reported on California’s nod to autonomy, it was announced that Amazon’s Zoox (a self-driving robotaxi) would debut ridesharing operations in San Francisco and Las Vegas. However, Zoox planned to test services in three cities first: Las Vegas, San Francisco, and Foster City, Calif.

December was a busy month for robotaxi announcements in the States. Reuters reported that Lyft and Motional were partnering up to swerve into the robotaxi lane. Per the story, the companies would debut services in 2023. Meanwhile, Waymo (an Alphabet subsidiary) began to offer services in Chandler, Ariz. The robotaxi service was officially open to the public, at least in that specific city.

Tesla also may be ready to hit the road with its own robotaxi service. Business Insider reported that Tesla plans to launch a ridesharing robotaxi service that can be hailed via app. According to the story, members of the public also could add their own cars to the fleet (assuming they own a Tesla).

GM, with the help of Microsoft as well as other investors, anticipates getting the Cruise up for robotaxi services . The Cruise will include Microsoft’s cloud platform, Azure, and Microsoft’s Edge. While Cruise has conducted test drives in San Francisco, Car and Driver notes that an official date for the robotaxi services is unknown.

Car and Driver also reported that Cadillac unveiled two autonomous concepts at the CES trade show. One was compared to a limo, and this concept was an elegant travel pod that featured self-driving capabilities. Cadillac took transport a bit bolder with the second concept—a travel drone! Yes, passengers could be transported to their destination via a drone. Car and Driver explained that neither product had a release date.

Most of the tech titans are working, testing or even unveiling some type of robotaxi or autonomous taxi service. This is probably the beginning of self-driving car evolution. While companies are creating a taxi that can transport passengers, these cars have not yet gone completely mainstream. The U.S. has one robotaxi model launched in a city, while others are still testing in specific markets. In China, one area is serviced with possibly other areas to follow.

For autonomous cars to move forward and advance to the next stage, these robotaxis likely have to not only be successful but also free from accidents or hazards. Launching an ehailing service has taken time, because all the companies swerving into the market have been testing out their designs. Baidu’s Apollo robotaxi in China logged millions of miles before announcing it would be providing services to the general public.

So what does this mean for mainstream autonomous vehicles? Many companies are eyeing self-driving cars, but, again, the robotaxis will likely need to be successful (and safe!) before companies may move forward with perfecting a car for the mass consumer market.

Designing and launching a self-driving car to the public also will likely involve rigorous tests on the road. However, if robotaxis are a safe success, perhaps companies could pull the technology over into the consumer market. Consumer vehicles might need to integrate further safety features or other more advanced programming. The robotaxis might only be programmed for a specific area, while a consumer self-driving car would need to be able to navigate anywhere in the country.

The concepts for the robotaxi look somewhat similar. Many appear to be squared-off in design. However, the robotaxi is meant to be a convenient shuttle or taxi service, while the consumer car will need to fit the design appeal of the buyer.

Autonomous cars for the public could launch in one design. As the technology is updated each year, though, companies could begin to alter the body design. Maybe these cars become sleeker or more elaborate. Even though Cadillac’s autonomous ‘limo’ isn’t set to launch, this could be an interesting prototype design for a luxury autonomous vehicle.

Humans won’t be behind the wheel, and this opens the door to creating a car that incorporates both luxury and entertainment features. Could there be plush pillows, luxury textile finishes like silk or velvet, or even virtual reality or augmented reality built into the entertainment system?

Many automobile manufacturers are working on their own unique technological advances for their vehicles. Nissan has been working on its Invisible-to-Visible technology, and perhaps these unique components—like the possibility of allowing avatars to join the ride—could become incorporated into a self-driving concept.

It also would be reasonable to assume that any car launched by a technology company—like Microsoft, Amazon, Apple or Google—would pair with the company’s other tech offerings. Siri or Alexa, for example, could be the voice of the car or at least manage aspects of the car’s technology. However, this is all presumption.

The Rules of the Road

Thinking about autonomous consumer cars also ushers in the question of how these cars would be policed. How would laws apply to a car that doesn’t have a driver? Would law enforcement officers still drive standard cars, or would they simply be passengers, too?

The details behind self-driving cars can become complicated. If there was an accident, how would fault be defined? Would cars communicate with each other? Would every car make its own autonomous decisions, based on the environment?

Perhaps street signs, stop lights and other signage communicate with vehicles. Would the road include sensors that can provide intelligence to these smart, autonomous cars? Or would satellites overhead control everything?

The future of self-driving cars is exciting, but it may be quite some time before all drivers get bumped from the driver’s seat by AI. To experience the concept of automobile autonomy, though, and to gauge how it might feel and look, perhaps visitors to the cities that are test sites for autonomous robotaxis might decide to take a driverless ride. Hailing a robotaxi might be the new tourist experience.

Will the Chip Shortage Affect Innovation?

Automobile manufacturers are all trying to manage production during a microchip shortage. Some plants have had to shut down, and consumers may be faced with a limited selection on car lots. But how does the chip shortage affect development as it relates to these autonomous vehicles?

Contributor Lance Eliot tackles that concern for Forbes. Eliot makes the point that autonomous vehicles would consume chips beyond the normal car, and, if the chip shortage were to continue, automakers would need to effectively estimate the amount of chips they would need. Would this even be possible?

More importantly, though, and separately from Eliot’s column, could the chip shortage short-circuit innovation and tech evolution in the automotive sector? While many robotaxis are being tested in the U.S., what happens if, and when, new vehicles need to be built? Or chips need to be replaced? What about any vehicles in production or in the design phase?

Ultimately, how can the industry move ahead when the chips needed to innovate are limited? While Chinese tech companies are moving on with their autonomous creations, will the U.S. fall behind? Funding may help to infuse the tech sector with the resources it needs to amp up chip production, and the U.S. could see demand and supply even out. However, it could be a while for the chip crisis to resolve.

Perhaps the future of the autonomous vehicle depends on the technology that truly drives it: microchips. Self-driving cars could be the future, but until all the chips are on the table, the car might not be able to drive forward.