What are the Best Hatchbacks of All Time? 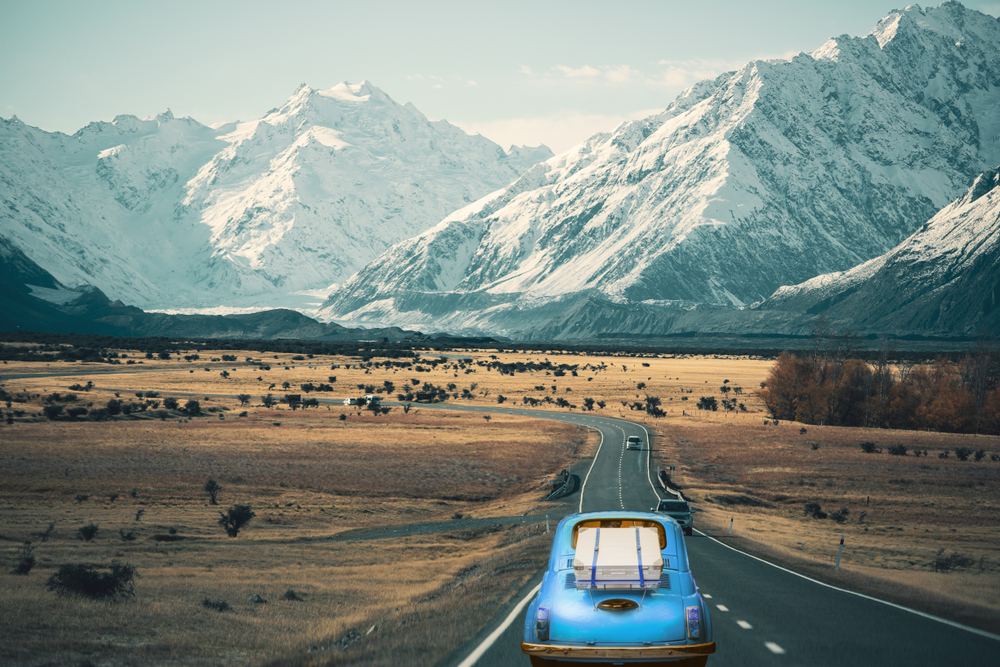 The hatchback body type debuted in 1938; the vehicle features a covered rear trunk/storage area that is accessed by a back ‘hatch.’ This body type was (and still might be) defined by its back tailgate design, and it remains a popular choice among consumers that want a unique alternative to the more conservative sedan.

While Car and Driver notes that the hatchback was once considered a ‘cheaper’ option, the site explains that modern hatchbacks have evolved from their earlier squared-off iterations. Now the hatchback body is featured in luxury and electric vehicles. What are the best hatchbacks of all time? Here are 10 iconic hatchbacks from the late ‘30s until today:

About the Humble Hatchback

Today’s modern hatchback might offer a larger storage compartment thanks to its open rear hatch design. While the early hatchback designs might not have offered the modern and cool design as later models, they are still iconic.

The best hatchbacks from the past will vary according to every auto enthusiast. While opinions might vary, many might agree that these hatchbacks were unique and each offers a look back at the decade in which they debuted.

The 1938 Citroën Traction Avant 11C Commerciale should top all the ‘best of’ lists for one reason. This vehicle was the first hatchback model. The Citroën Traction started it all! The Commerciale model was unique in that it granted the owner access to the back. The Truth About Cars noted that the vehicle was marketed to those who needed space for moving equipment—mainly families and craftsmen.

The 1941 Town and Country wasn’t like its later minivan iteration. The 1941 model is noted as being the first sedan hatchbacks. It featured unique woodwork paneling on the body; this wood design work was fairly common and vehicles that included wood in their body were known as ‘woodies.’ In 1948, the Town and Country had an MSRP of $3,420.

Autoweek explains that Kaiser’s vehicles never really caught on when they were introduced. However, this car was noted by the site as being one of the first hatchbacks. The model includes lots of storage and it even features a unique swiveling license plate; according to Autoweek, this feature ensured that the plate was always visible even when the hatch was open.

While earlier hatchback designs were slowly introducing the American consumer to this body type, one car might have become ubiquitous to the hatchback design. The Mustang  was introduced in 1964 and still offers a hatchback body option; in fact, the modern 2022 GT base is only offered in a fastback body. The 1965 Mustang Fastback is a desirable and collectible classic; the 1965 2+2 fastback was priced at $2,553. Hotcars reports that a 1965 Mustang will now set a buyer back around $30-$40K.

The ‘70s were a funky and fun time for cars. The hatchback became popular for Volkswagen thanks to the Golf GTI. The GTI could accelerate from 0 to 60 in about nine seconds and could reach a maximum speed of 110 MPH. The Golf GTI features the stereotypical box design of the hatchback, but it’s design has changed through the years. The Golf GTI remains in the VW lineup, and the 2022 Golf GTI has a starting MSRP of $29,880.

The Gremlin is probably more synonymous with the ‘80s for many consumers than it is with the ‘70s; American Motors Corporation (AMC) debuted the model in 1970 and it disappeared after the 1978 model. The Gremlin featured a hood ornament bedecked with a small gremlin creature. The Gremlin was noted for its fuel efficiency and could up to 20 MPG. In the 1980s, the movie ‘Gremlins’ might have made this car even more memorable simply because of the name. In addition, the character Mike Damone drove a Gremlin in the movie “Fast Times at Ridgemont High.”

The brand Pontiac no longer exists, but its models still live on. The Firefly debuted in the late ‘80s, and this was a car that was only offered up north in Canada. Earlier models only had a three-liter engine, but this was improved to a larger four-liter engine. The Firefly flew away for a few years but continued on from 1994 to 2001.

The Mini Cooper became a hit in the early 2000s. This small compact vehicle lived up to its name; it was super small and could likely fit into any parking space. The Mini offered a hatchback design that was unique and quite retro in its body styling. The Mini continues to be popular and it’s now even offered as an electric model.

Car buyers who are interested in a hatchback have many models from which to choose. This body design is found in budget-friendly vehicles and luxury models, too. Even several electric vehicles offer the hatchback body styling.

While the hatchback might have first hit the market in the late 1930s, the VW Golf might be one of the more iconic standard hatchbacks. The Golf GTI is still available in the VW lineup, and buyers who want a modern yet notable hatchback might go for the Golf.

The Hatchback vs. The Sedan

Buyers might wonder about the differences between a hatchback and a sedan. While the hatchback offers the standard hatch door, the sedan offers a standard trunk space. The difference between the two cars is really all about the back design.

The hatchback also could offer more space in the back for cargo. Again, these cars were originally marketed to families or workers who needed the space.

Both hatchbacks and sedans can offer four doors. As the design styling of the hatchback has changed, it has morphed from a boxer style to a more modern and contemporary body type. Today’s hatchbacks also aren’t necessarily synonymous with budget-friendly. There are many luxury hatchbacks.

Buyers who are struggling to choose between a hatchback and sedan might just focus on their own style preferences. The hatchback might be sportier while the sedan might be considered a bit more conservative.

Visiting the dealership or reviewing the car’s specs online also could help buyers decide between a hatchback and a sedan. If buyers need a vehicle that offers the most cargo space, they can compare the trunk and hatch specs .

What about purchasing collectible hatchbacks? For consumers who are interested in classic hatchbacks from the past, the price can vary and so can the selection and even the car’s condition.

A Gremlin might be hard to procure on the resale market. In addition, older Mustangs and more collectible and highly-sought models might be expensive investments. Those who are interested in a fixer-upper, though, might be able to find collectible models at lower prices.

When the used car market is competitive and priced higher because of inventory issues, buyers of older models might have to search extensively to find the model they want. Collectors might need to look out of state or drive hours to obtain their dream car. Some collectible cars might need extensive work to get up and running and to pass necessary inspections.

For many buyers, choosing a new model might be the easiest and cheapest option. Each year, new hatchback models might be released by manufacturers. Whether a buyer wants a budget-priced hatchback or a luxury model, there is a hatchback to fit the budget and the buyer’s style, too.