How AR Cars are Changing the Automotive Market in 2021 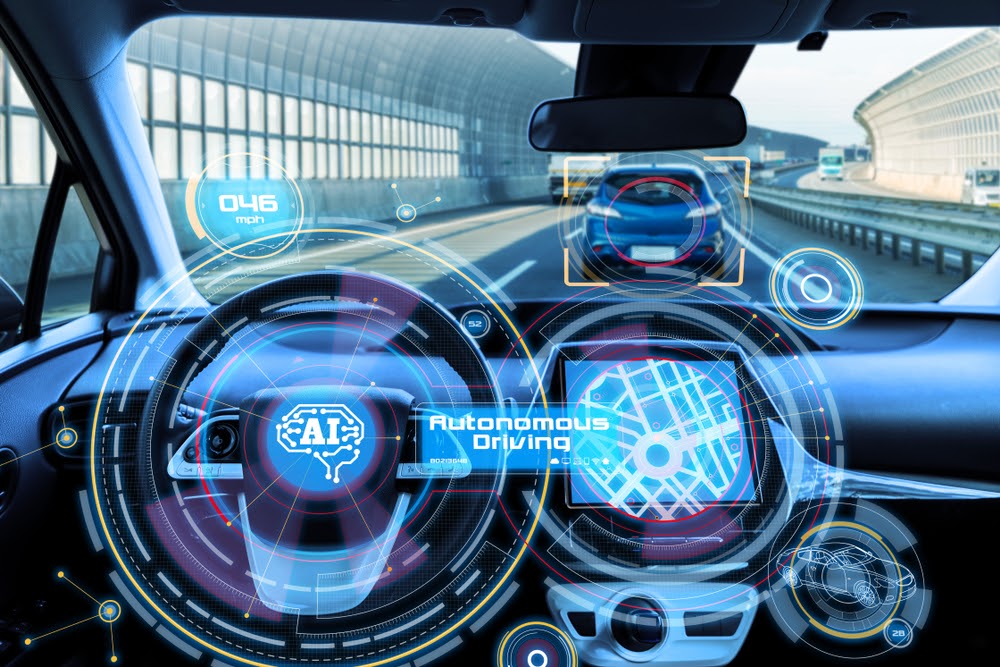 From social media to gaming and everything in between, augmented reality is becoming a digital mainstay in our everyday lives. As we’ve learned during the COVID-19 pandemic, digitization is here to stay and that means innovation is expanding this sphere more rapidly than ever.

Automotive brands have also increased their use of this revolutionary form of immersive media, and AR cars are becoming the new norm across virtually every corner of the car sales market.

Tools such as assistive driving technology, truly hands-free entertainment, safer navigation programs, and even parking guidance – the possibilities are truly endless for the use of augmented reality in cars.

No matter what you’re shopping for or how you plan to spend your time behind the wheel, see why AR cars are going to be found on streets across the globe in no time at all.

What exactly is AR?

In short, augmented reality is a type of immersive technology that allows users to view digital images, sounds, or text over their real-life line of sight. Whether someone uses a smartphone, tablet, wearable device, or integrated technology (like what is used in cars, virtual showrooms, and controlled environments), it’s possible to combine one’s internet life with what they’re seeing and experiencing in real-time.

Since 2016, augmented reality has been a staple in the digital world. Now, this technology can be found across social media apps, advertisements, and even in-store shopping experiences.

In most cases, the user simply needs a mobile or otherwise internet-connected device to access the apps and programs that facilitate AR media.

However, there are a variety of different ways that commercial and consumer users can use AR in their daily lives. Automotive brands are using multiple avenues to bring AR technology to the mainstream market, including the following methods.

What are the different types of AR?

Augmented reality is most widely known through social media filters and online overlays. But, there are four key types of AR technology that are being applied in the automotive sector.

The four main forms of AR include:

Depending on the applications and needs defined by the software function, each option provides different benefits and limitations.

Also known as recognition AR, this method uses cameras to identify and focus on specific objects. By building a digital profile around objects that appear before these cameras in real-time, the AR system is able to learn about said object using various angles.

By manipulating and analyzing objects digitally, AR cars can refer to the identified items to make decisions in regard to movement and directional planning. 3D imagery can be read by the AR app to help the car apply this information into alerts, navigational commands, and communication between the car and driver (or other cars on the road).

Projection augmented reality is one of the simplest forms of the technology and is often used in cars to provide a fully hands-free experience for everyone in the cab. Using the projection of light onto a surface, such as a dashboard or road, projection AR is able to create deception for the orientation, position, and even depth of objects that are in front of the user’s viewpoint.

This has already been used in cars for a few years to prevent distracted driving and subsequent accidents as a result.

Instead of using cameras and sensors to discover and analyze objects, marker-less augmented reality uses location data from a connected device to make decisions.

Using the GPS system in a mobile phone, tablet, or automobile, this form of AR connectivity reads data that is being provided by the accelerometer and digital compass to survey surrounding objects.

Just like Snapchat filters and Pokemon Go, superimposition AR is essentially a digital replacement of physical objects that are in the focus of the device user. By replacing part or all of the user’s view with a digital object, users can truly merge their digital and practical lives without skipping a beat.

How do AR cars work?

Augmented reality in cars is a multifaceted technology that facilitates a variety of functions for drivers, passengers, and even those who are outside of the vehicles. This addition to the dash or windshield is changing how automobiles interact with each other, as well as the objects and people they could encounter while on the road.

AR in cars can include any of the following virtual and hybrid digital capabilities:

By accessing this necessary information via built-in computer technology, drivers no longer need to use their phones or other mobile devices to check the weather, traffic patterns, construction updates, navigation, or even their music apps. This is helping automobiles to make the roads safer and more efficient in a few different ways.

Additionally, real-time alerts in the driver’s direct line of sight give everyone on the road more time to react to spontaneous incidents. If a pedestrian runs into the road, or a tree falls suddenly, sensors that surround the perimeter of the vehicle can notify connected drivers instantly.

By highlighting objects that could cause harm to drivers and bystanders, AR is making driving safer for everyone on the streets – including pedestrians, cyclists, and oncoming traffic.

What is the purpose of AR in cars?

While consumer-facing market research suggests that more buyers are going to be looking for AR features in new cars, this level of interest is also creating a buzz amongst sellers and corporate entities. This technology is also being used heavily behind the scenes to make automobile production cheaper, safer, and more adaptable to ongoing digital changes.

Throughout the supply chain, AR apps and programs have made it easier than ever for remote technicians, dealers, and consumers to connect online. This has driven commerce significantly during the pandemic, while also helping tech-forward brands to grow amid a global economic downturn.

For drivers, AR in cars can help with navigating throughout unknown areas, choosing the best routes based on live feedback, and even parking assistance using the vehicle’s sensors for spatial awareness.

In minutes, a driver can head to their chosen destination while being directed to the closest parking area. Parallel parking anxiety can be a thing of the past, as smart sensors survey the exact movements needed to fit into any given space.

Additionally, interconnectivity between individual vehicles has high potential to reduce road accidents, rubbernecking, and other driving dangers by alerting drivers of upcoming obstacles as they appear on the road.

Removing the communication barrier that’s presented by hand-held apps and programs could be the single most effective change since many accidents are caused by distracted driving. Nearly 400,000 accidents are caused every year as a result of distractions like handheld devices.

From safety to convenience, drivers and retailers are capitalizing on this digital development to widen the consumer net across the entire automotive industry.

What are some examples of practical AR use in automotive?

Did you know that the computers in your car can help the vehicle operate more efficiently, from choosing the right roads to maximizing fuel consumption? Throughout the entire machine, there are cameras, sensors, and computerized elements that can communicate to make every trip better than the last.

AR technology is no different, and this form of mixed media is being used by many major manufacturers including:

Features such as automatic AR adaptation and hands-free commands can make driving easier and safer by molding the car’s functionality to the immediate environment. For instance, AR is able to tell the car to change lighting and reflection capabilities to increase visibility in tunnels, inclement weather, or other external conditions.

Safely isn’t the only factor that is being improved by the practical application of AR in cars. Travel planning and time management is directly affected since drivers can also use the same technology to construct an airtight route that factors all obstacles and

Furthermore, the augmented reality HUD is able to adapt in a way that ensures the driver can always read the content that’s being projected in real-time. Never miss an exit or overlook an upcoming construction zone again.

How is AR in cars boosting commerce?

As we experienced in 2020, access to online shopping and information from home could make or break an entire industry. As a response to widespread distancing measures and regulations, many brands and retailers have discovered that ecommerce is no longer an option – but a necessity – in the modern marketplace.

By offering AR connectivity in cars that are rolling out to the consumer sphere, auto brands are attracting a growing tech-savvy audience while also meeting a need for home-based shopping. While the world is beginning to open up and commercial activity is expected to resume in the coming year, the dependency on fast, easy online shopping is likely to stick around.

Consumers have become used to the simplicity of researching, selecting, and even financing automotive purchases online. Additionally, ship-to-home features have added a new level of convenience by eliminating the need for onsite dealerships (and pushy salespeople).

As a result, many auto brands are using new ways to attract clientele via technological developments and in-car features – such as AR apps and car-to-mobile connectivity.

With the majority of global consumers spending a significant portion of their days online, moving the automotive sector to the internet was a natural decision for most dealerships. From the consumer perspective, the addition of AR features is a major selling point.

AR is even used in the shopping process, by giving potential buyers the ability to search through a library of high-quality images via AR apps on their mobile devices. Using these programs gives users more control over their online shopping experience using:

When you’re using AR to find the vehicle of your dreams, you’re able to look at each potential purchase with a high-powered lens – while also expanding the search significantly using the same smart features.

From start to finish, consumers are using AR in cars to buy, sell, drive, and even work with their personal and business vehicles.

When it comes to driver trends, consumers are turning to AR like never before. More than half of all consumers are putting their faith in AR as a way to augmented and transform the shopping experience. From the perspective of the manufacturers and dealers, this metric is playing a major role in driving innovation and corporate trajectory.

Since at least 61% of consumers would prefer to make automotive purchases on sites that include some form of AR technology, we’re seeing augmented reality become a mainstay across virtually every industry and specialization.

Behind the wheel, consumers are responding in kind to the practical use of AR as a driving tool. Rather than juggling mobile devices and upcoming road obstacles, AR in cars is providing a cushion of security and reducing driving anxiety at the same time.

For those outside of the car, AR is protecting road workers, stray pets, and pedestrians simultaneously and seamlessly. In 2020 alone, AR technology has led to a reduction in related accidents. A staggering 95% of auto accidents are caused by some form of human error, and AR is one of the ways car manufacturers are working to reduce this metric.

Whether you’re in the market for a new car or you want to maximize profits for your dealership, AR car software is a trend that is showing no signs of slowing down. This is one aspect of the industry that is solidifying itself as a pillar throughout the mainstream, used, and luxury markets.