What Types of Minivans Can Buyers Choose? 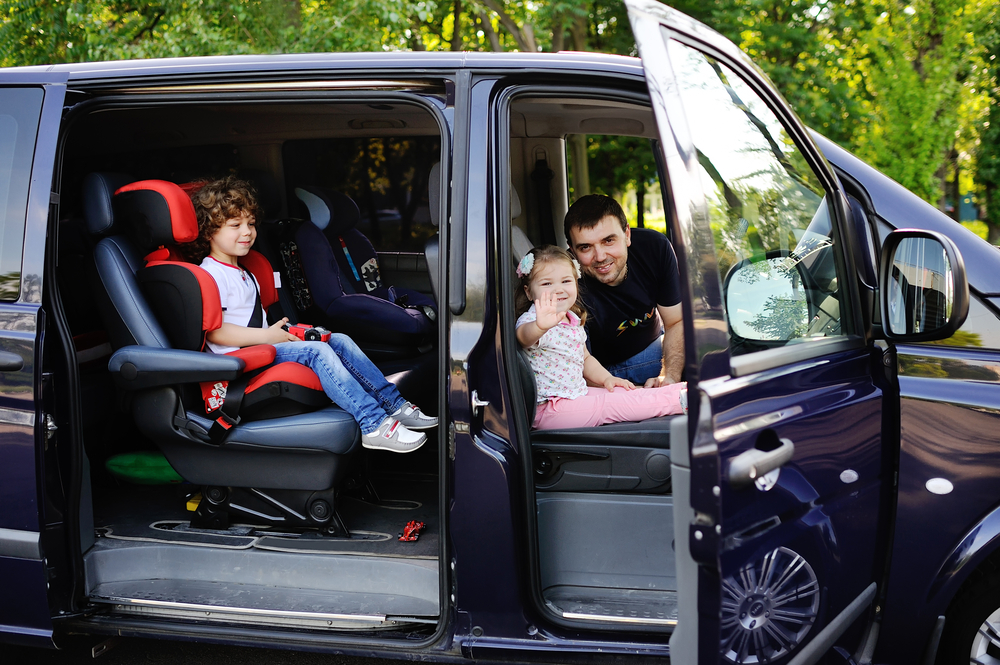 Minivans were once the preferred vehicle for families. These larger vehicles offered ample passenger space plus room for sports gear and other cargo. While minivans have been eclipsed in sales by SUVs, some families still prefer the quintessential van for the comfort, space and ease of access that they offer.

What types of minivans can buyers choose? The options have slimmed down as many manufacturers have discontinued the minivan from their lineup, but there are still four popular minivan models available:

The minivan began its rise to popularity in the early ‘80s. Back then, they were just known as vans. Some families even opted for a larger full-size cargo van that provided a spacious interior for long trips. The way, way back seats could be dropped down to create a makeshift bed.

By the ‘90s, these vans took on their standard ‘mini’ designation and had become the vehicle of choice for many families. The nostalgic site Click Americana has a page dedicated to the minivan movement and highlights all the popular models of these ‘mom-mobiles’ as the minivan was often called.

The introduction of the sports utility vehicle (SUV) eventually led to the minivan falling out of favor. An Autotrader executive interviewed for a USA Today article cited the ‘soccer mom’ stereotype of the minivan.

Everything old is eventually new again, though. While sales of minivans have fallen as sales of SUVs have surged, the minivan is starting to become en vogue. In fact, a press release from Autotrader noted that minivan sales increased more than 80 percent during the second quarter of 2021.

For the 2022 model year, Chrysler shed its minivan offerings for consumers to only the Pacifica. The manufacturer previously offered both the Pacifica and the Voyager, but the latter minivan is now only for ‘fleet.’ This lineup change meant that buyers now only have four minivan models from which to choose.

What is the best minivan on the market? That’s up to the consumer to decide, as these models tend to be fairly similar for reliability, safety and price. Here’s what buyers need to know about each available model.

The Odyssey was introduced in 1994, and it’s been going strong since then. The 2022 model is priced at $33,040. It can tow up to 3,500 pounds and has space for up to eight (but that depends on the buyer’s choices). The Odyssey also is fairly fuel efficient for its size. The minivan can get up to 19 MPG in the city and 28 MPG on the highway. It received a Top Safety Pick+ rating from the Insurance Institute for Highway Safety (IIHS). This is the highest safety rating that a vehicle can earn.

The 2022 Kia Carnival is slightly less expensive than the Odyssey. The Carnival has a base price of $32,300. Like the Odyssey, the Carnival also can tow up to 1,500 pounds. The Carnival’s fuel efficiency also is similar to that of the Odyssey; the Carnival can get 19 MPG in the city and 26 MPG on the highway. The Carnival received a Top Safety Pick rating (when equipped with specific headlights and built after March 2021) from the IIHS.

While Chrysler dropped its Voyager minivan, it offers the Pacifica in both a standard model and a hybrid model. While the standard Pacifica has decent fuel efficiency (19 MPG in the city and 28 MPG on the highway), the hybrid model has a range of 520 miles. However, the standard Pacifica is priced at $37,095 while the hybrid has a base price of $48,478. The Chrysler Pacifica received a Top Safety Pick+ rating from IIHS. Of all the minivans on the market, the Pacifica offers the highest towing capacity; it can tow up to 3,600 pounds.

The Toyota Sienna debuted in 1998. The 2022 model is priced at $34,710 and can tow up to 3,500 pounds. It offers better fuel efficiency than its competitors because it’s also a hybrid. The Sienna can get 36 MPG combined city and highway. In addition, the Sienna also received a Top Safety Pick+ rating from IIHS.

What is the Most Dependable Minivan on the Market?

The minivan models that remain on the market tend to be comparable in fuel efficiency, safety in price. Which model is the most dependable, though? Each year, J.D. Power names the top winner for dependability for each different vehicle category.

The winner is determined by the scores from vehicle owners; the owners have to score their vehicle in different areas based (over a 12 month period). The winners for the year are models that are three years old.

The 2021 dependability award for minivans was given to the 2018 Toyota Sienna. Since the awards reviewed models from three years prior, multiple minivans that have since been discontinued were on the list. The 2018 Dodge Caravan ranked second, the Chrysler Pacifica took third place, the 2018 Honda Odyssey was fourth and the 2018 Kia Sedona ranked as the fifth and final place. The Carnival is a newer minivan model.

For Quality/Reliability, here’s how each minivan scored (out of 100):

The Chrysler Pacifica secured the best score for Driving Experience, though. It received an 80. The Dodge Caravan received the lowest score in this area—a 65. The others scored in the ‘70s.

Every year, J.D. Power releases its latest winners and posts all scores. Buyers can review the winners and scores to see how each minivan stacks up for different model years. Buyers can even review scores and winners from all the way back to 2003 (for the 2000 model year).

The Minivan vs. The SUV

Buyers have limited choices when buying a new minivan. Is an SUV or a minivan best? Minivans might offer more cargo space, while SUVs offer a more rugged design and build.

SUVs are built on a truck chassis, and some drivers feel that the SUV offers a greater sense of safety and security. The heavier construction also gives an SUV a towing advantage. While minivans are limited in their towing capacity, some SUVs could tow more than 8,000 pounds. In fact, the Ford Expedition can tow up to 9,300 pounds.

Typically, minivans offer convenient features like power sliding doors and power lift gates. This means that parents who have their hands full don’t have to fumble to open the doors or the back gate. Again, minivans also offer more cargo space. Drivers can drop down the seats to maximize the space for gear or other necessities.

SUVs also can be much more expensive than minivans. The most expensive minivan (the hybrid Pacifica) is less than $50,000, but the least expensive full-size SUV (the Nissan Armada) is $50,745. While smaller or even compact SUVs can be budget-friendly, they won’t offer the spacious interior of a standard minivan.

Since SUVS are heavier, they might lag behind the minivan in fuel efficiency. Buyers who are concerned about gas mileage should research their SUV options to find the best option. While buyers could opt for a hybrid or electric SUV, these models will come with a higher price tag.

Buyers researching their minivan options can explore all the models in 3D, augmented reality and even virtual reality using RelayCars. Buyers can access RelayCars by downloading the app or just by visiting the website.

The RelayCars app lets buyers preview and explore thousands of models using immersive 3D models. Turn the car around and explore it from all angles. The app also lets those with Google Cardboard use virtual reality to preview vehicles.

RelayCars offers more than just vehicle imagery, however. While buyers can explore thousands of vehicles in augmented reality, virtual reality and in 3D, RelayCars also provides specs and data for all models in its inventory.

Compare prices, features and capabilities. Then explore multiple minivans visually to better understand the unique design and style of every option. With RelayCars, buyers can immerse into the buying experience.

Once buyers find the minivan they like best, they can take the next step in their buying process. RelayCars partners with CarSaver.com to provide an easy buying experience that lets car shoppers find the best prices for their perfect car.

While the minivan might have fallen out of favor over the years, it’s beginning to make a comeback. Although only four models remain on the market, buyers can use RelayCars to better understand their options and even explore earlier models for those interested in buying a used or pre-owned minivan.