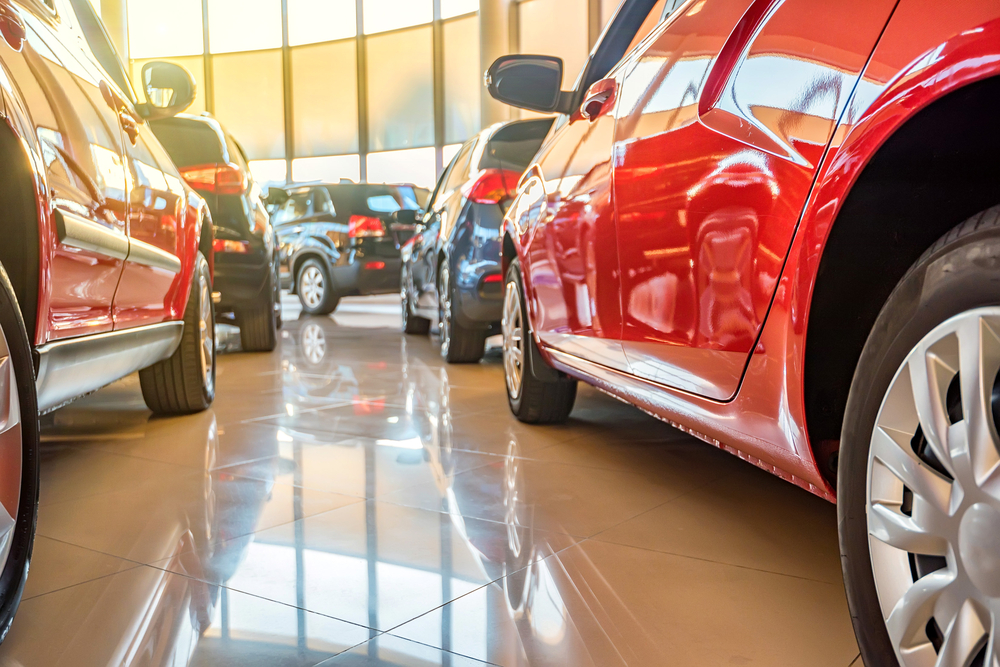 The Most Popular Vehicles are Pickup Trucks

In 2021, the most popular vehicles were the Ford F-Series, the Dodge Ram Pickup and the Chevrolet Silverado. All three models continue their sales dominance.

More than 140,000 Ford F-Series trucks have already been sold, and the year isn’t even half over. Last year, Ford sold more than 726,000 F-Series trucks. This year, Ford also has added a new F-Series model—the electric F-150 Lightning. Interest in the electric truck has been so overwhelming that Ford has halted orders.

Car buyers might notice something interesting about the top 10 most popular models. Nine out of 10 models on the list are either a pickup truck or an SUV.

The GMC Sierra—another pickup truck—also has become a popular choice for buyers this year. GMC has sold more than 56,000 Sierra trucks this year. In 2021, a total of 248,924 GMC Sierra models were sold (it ranked in the 13th spot).

The Toyota Camry: One Popular Sedan

What makes the Camry such an in-demand vehicle? The Camry checks all the must-have boxes for many consumers: it’s budget-friendly, fuel-efficient and safe.

The Camry has a starting MSRP of $25,845, and while it isn’t the least expensive sedan on the market, it’s still at an accessible price point. Another selling point? The Camry is great for commuters or those who want to maximize their gas mileage; the sedan gets 28 MPG in the city and 39 MPG on the highway.

The Camry also is available in a hybrid model, although the price jumps to $27,980. The hybrid offers great fuel efficiency and gets 51 MPG in the city and 53 MPG on the highway.

In addition, the 2022 Toyota Camry received a Top Safety Pick+ rating/award from the Insurance Institute for Highway Safety (IIHS). This is the highest safety rating awarded.

About the Top Five Most Popular Vehicles

The five most popular vehicles in the U.S. have remained consistent from 2021 rankings, with the exception of the fifth spot—the Jeep Grand Cherokee overtook the Honda CR-V. Like the Camry, these vehicles are popular with consumers for a reason. For the top three, though, popularity might not correlate to price, safety ratings or fuel efficiency.

Trucks are not known for their amazing fuel efficiency; the F-150 can get about 25 MPG combined. However, towing and extra weight in the bed could impact the gas mileage.

What makes the F-Series so popular? Some buyers might focus on the F-Series’ towing capacity. Hotcars also explains that the F-150 also features a payload of 3,325 pounds. Essentially, the specs of the F-150 can’t be beat (or maybe even matched) by its competitors.

The F-150 also has been the best-selling vehicle in the country for about four decades.

However, the Ram does get fairly decent fuel efficiency for a pickup. The 1500 can get 23 MPG in the city and 33 MPG on the highway. Again, though, extra weight might affect these figures.

The Silverado 1500 has a maximum towing capacity of 13,300 pounds. It offers similar fuel efficiency as the Ram—23 MPG in the city and 31 MPG on the highway.

The Toyota RAV4 is the best-selling small SUV on the market. Like the Camry, the RAV4 offers an affordable price point, a great safety rating and decent fuel efficiency.

The RAV4 has a starting MSRP of $26,525. It can get up to 27 MPG in the city and 35 MPG on the highway. The 2022 Toyota RAV4 received a Top Safety Pick rating/award (when equipped with certain headlights) from the IIHS.

There are many buyers who are Jeep loyalists. While the Honda CR-V earned its place as the fifth most popular vehicle of 2021, the Grand Cherokee seems to be passing the CR-V in sales numbers.

The 2022 Grand Cherokee has a starting MSRP of $35,735. The Grand Cherokee offers a third row of seating and has space for up to seven passengers. It is—as of current sales figures—the best-selling third-row SUV.

The most popular cars could point to buying trends, but some models—like the F-150—have been best-sellers for years. What cars aren’t so popular, though? Are there any cars that are simply being shunned by buyers?

The site Brake for It listed cars to avoid in 2022. The list included the following models:

Why to Avoid the Ecosport?

Why is the Telluride to Be Avoided?

Nothing is wrong with the Telluride. In fact, it’s a popular vehicle. So popular, in fact, that Brake for It reports that it’s selling quite high. The higher prices are why buyers might avoid purchasing a Telluride.

The Mitsubishi Mirage made the list because, apparently, its great fuel efficiency is its only standout feature. The Mirage has a three-cylinder engine, and, per Brake for It, doesn’t have a quality interior. The site also noted that the Mirage didn’t have great reliability ratings.

Brake for It included many other models on its ‘avoid’ list. Even the Silverado made the list. Buyers who are researching cars they want to purchase might check out the cons listed for the vehicles highlighted by the site.

The Year isn’t Over!

While Car and Driver ranked the best-selling models of 2022, the year isn’t even half over. There are still nearly seven months left for car buyers to purchase their dream vehicle.

It’s doubtful that any model will outsell the F-Series; if it hasn’t happened in about four decades, 2022 probably isn’t going to be the outlier year. Will the CR-V end up in the top five again? Will the Silverado overtake the Ram? Could there be a vehicle shortage that affects 2022 sales? Consumers will have to wait until the year’s end to find out what cars were the most popular in 2022 and which models sank in sales.