This is the Most Energy-Efficient Tesla Model 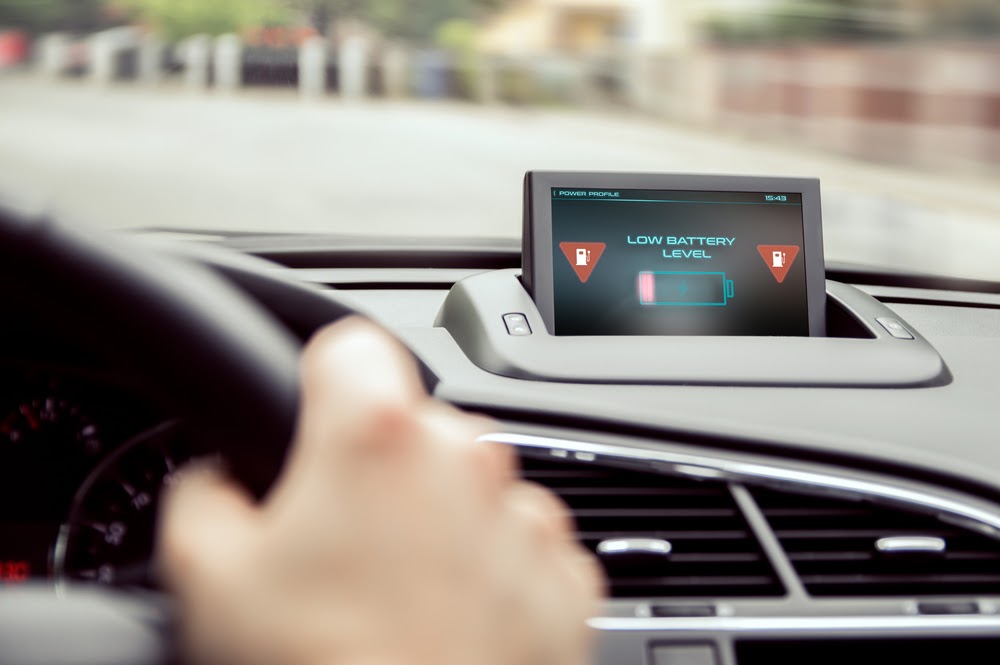 Electric vehicles are the most energy-efficient options on the market, but consumers who are conditioned to look at miles per gallon (MPG) data of vehicles to determine fuel efficiency may wonder how to calculate the cost to operate an electric vehicle.

Instead of miles per gallon, consumers may look for a figure called miles per gallon equivalent (or MPGe). The vehicle’s range also denotes how far the car can drive when fully charged. Tesla is known for long-range electric vehicles and offers some of the most energy efficient models on the market. Looking for the most energy-efficient Tesla model? Here’s what to know about Tesla’s models and other electric options, too!

Is a Tesla Model the Longest Range Option on the Market?

Tesla’s models all offer incredibly long driving range per charge, but a Tesla model does not hold the top spot for the longest-range electric vehicle. The Lucid Air Dream Edition Range (with 19 inch wheels) drives past all its competitors; the Dream boasts a driving range of 520 miles.

Lucid’s models actually hold the top three spots for vehicles with the longest ranges. The Lucid Air Grand Touring has a range of 516 models, and the Lucid Air Dream Edition Performance (again with 19 inch wheels) can drive up to 471 miles.

To put the range in perspective, a car owner could drive from Boston to Washington, D.C. on one full charge and have a little electricity to spare. The distance between these two cities is 440.3 miles.

While driving ranges from a fully charged battery and a full tank of gas could be comparable, the prices to energize those drives are not. Electricity may cost a fraction of the price of the pump. In addition, electric vehicles also are better for the environment.

What is the Most Energy-Efficient Tesla Model?

Tesla’s top range model actually comes in fourth place among all electric vehicles when ranked by driving range. The Tesla Model S Long Range can drive up to 405 miles fully charged. The Model S Long Range has a base price of $89,990. This is nearly half the price of the Air Dream Edition Performance; the model is priced at $169,000.

What Electric Car has the Shortest Range?

The model that offers the shortest driving range on a charge is the Mini Cooper Electric. This vehicle has a range of only 110 miles. For those with long daily commutes (50 miles roundtrip, for example), the vehicle would need to be charged about every other day.

Why is Range Such a Big Deal?

Drivers need to understand the driving capacity of their electric vehicle, because batteries don’t stay charged indefinitely. If the car starts to run low on energy, drivers will need to find a station to recharge. This is where driving an electric model can get a bit more complicated.

Driving an electric car on a road trip may require the car owner to map out recharging stops along the trip so that there isn’t an issue of the car suddenly being without power. This could make a fun vacation on the road a bit more stressful, especially as drivers roll through towns and states that haven’t yet caught on to the electric phenomenon.

Those who own an electric car may be limited to charging their car at home, especially if they live in areas that don’t offer many charging stations or in areas where these stations may be cost prohibitive.

The Cost at the Pump vs. the Price of Electric

Most drivers don’t have to guesstimate how much they will spend at the pump. Prices are easily visible at the top of gas station signage. Some drivers know instinctively what areas offer the lowest gas prices, too. Commuters who pass through multiple towns may have a specific location to refuel.

Recharging is more complicated. While gas prices may vary from town to town, the variance is typically a matter of cents. However, those cents add up for drivers who are watching their budget or who have long commutes and need to refuel often.

What about the price of electric, though?

To recharge an electric car, understanding how much it will cost to charge the car at home isn’t so difficult but it does require a bit of math. Kelley Blue Book (KBB) explains that car owners just need to consult their electric bill to find the price they are charged per kilowatt hour. To find this price, take the number of hours used for electricity and divide it by the amount of the total dollars charged for electricity.

KBB uses an example of an individual driving 540 miles per month. Even with this assumption, the cost for energy would be a little more than $25. Most households own at least two cars; it isn’t unheard of for families to spend more than $200 on gas per month for commuting costs. Two electric vehicles might cost a quarter the price to operate.

The price of public charging stations, though, may be more expensive. Some offer monthly membership fees, and, for some drivers, this could be a less expensive option. MotorBiscuit notes that some charge 43 cents per kilowatt hour for those without a membership. This price is still cheaper than the price of gas, though.

When considering options for an electric vehicle, buyers might look at both price and range. While Lucid offers the most energy-efficient models, the price of Lucid may be out of the budget for many buyers.

The Lucid Air has a starting price of $77,400. The Air Dream Edition is the highest priced model at $169,000; however, Lucid’s website states that reservations are closed for the Dream Edition.

Tesla models vary in price, but the lowest range option could be affordable for some buyers. At nearly $50,000, though, even the most affordable option might not be accessible to those who want a more economical option.

What’s the least expensive new electric vehicle on the market? According to MotorTrend, the most affordable electric vehicle for 2022 is the Nissan Leaf S 40 kw; it’s offered at a base price of $28,365. For many buyers this could still fit into the budget!

Shop Used Models for the Best Prices and the Best Range

Another option for car buyers on a budget to find the best electric vehicle is to shop for used models. Buyers might be able to find long-range models—including those by Tesla—at more reasonable prices.

The only issue, however, may be the available selection. In many areas, car inventory can be a bit crunched. This can make it difficult to find an exact model that the buyer wants. However, buyers who have multiple options on their wish list could find a wider selection.

In addition, some parts of the country have embraced electric vehicles. This could mean a more extensive used inventory of electric models. Unfortunately, the reverse also could be true. For cities that haven’t fully jolted for the electric surge, selection for used models might be really limited.

Yet, the payoff for driving an electric vehicle could be worth it for the right buyer. Those who have extensive commutes might find that the price to charge the car is far less expensive than refueling at the pump. Owners of electric cars also might like the convenience of recharging at home. Drivers just have to remember to plug in for the night.

Tesla offers many long-range models, and the manufacturer also offers a variety of price ranges to appeal to different buyers. While Lucid might outdrive Tesla models in range, the price for Lucid models could be far more than many buyers are willing to spend.

Those on a tight budget also could look to used models to find economically priced electric vehicles. While selection might be limited in some areas, buyers may find that the search is worthwhile in order to find a car that doesn’t eat away at the monthly budget because of fuel needs. Although many electric models are pricier, the savings to operate these models could be worth the investment.