Is Huawei Passing Tesla on the Innovation Highway? 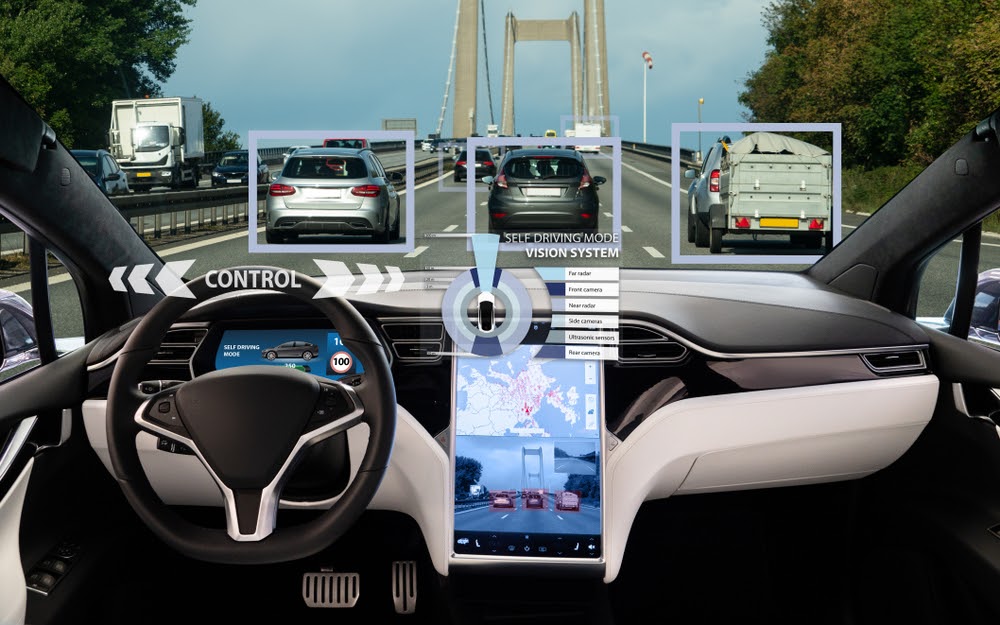 While Huawei’s outreach into the U.S. might be limited because of trade sanctions, the company’s executives seemed confident that it would capture enough business elsewhere to be quite successful. But is Huawei passing Tesla on the innovation highway? Will Huawei post its brand on more vehicles? We’ll dig a little deeper.

To be fair, while Tesla vehicles offer some autonomous capabilities, a true self-driving car hasn’t hit markets yet. The safety features of a fully autonomous vehicle will need to be studied and tested fully before it can hit roads.

News reports of a Tesla colliding with a tree drew attention to the fact that the accident featured no one in the driver’s seat. Both passengers in the car were killed. Per a story on The Verge about the crash, “It’s not yet clear whether the car had its Autopilot driver assist system activated.” The article also explained that Tesla has been clear that its autopilot isn’t self-driving; that is, drivers still need to be in control when using it.

Tesla is still working on perfecting a true self-driving vehicle. However, many tech giants also have entered the highway of competition. Microsoft’s website includes a page devoted to “Accelerated vehicle innovation.” The rumor of an Apple car keeps getting sparked, too. A patent application for a smart windshield probably added to the speculation. Waymo was once known as the “Google self-driving car project.” And Amazon unveiled the Zoox “self-driving robo taxi” in December. The Zoox has three test markets: Las Vegas, Foster City (Calif.), and San Francisco.

While many know Google, Amazon, Microsoft, Apple and Tesla, the name Huawei might not be as familiar. Make no mistake, however, the company is quite the competitor in the tech sector. Huawei manufactures computers (including laptops and tablets), routers, headphones and watches. HUAWEI Health is a fitness app that tracks health, sports data, etc. And Huawei also offers mobile services like Petal Search, HUAWEI Music, and more.

While the company is a tech giant in its own right, there has been something called a “Huawei ban” in the U.S., and Huawei was placed on The Entity List on May 19, 2020. What is The Entity List? The answer is found on The Bureau of Industry and Security’s website noting that the bureau “…publishes the names of certain foreign persons – including businesses, research institutions, government and private organizations, individuals, and other types of legal persons – that are subject to specific license requirements for the export, reexport and/or transfer (in-country) of specified items. These persons comprise the Entity List….”

The Bureau of Industry and Security for the U.S. Department of Commerce explains the reasons for Huawei’s list inclusion in detail via an FAQ: “…on the basis of information that provided a reasonable basis to conclude that Huawei is engaged in activities that are contrary to U.S. national security or foreign policy interests and its non-U.S. affiliates pose a significant risk of involvement in activities contrary to the national security of the United States.

This information included the activities alleged in the Department of Justice’s public Superseding Indictment of Huawei, including alleged violations of the International Emergency Economic Powers Act (IEEPA), conspiracy to violate IEEPA by providing prohibited financial services to Iran, and obstruction of justice in connection with the investigation of those alleged violations of U.S. sanctions….”

Autonomous Cars in the U.S.

As long as Huawei stays on The Entity List, any self-driving car bearing anything related to the company’s brand likely won’t be spotted on highways. The future of autonomous vehicles in the U.S. falls to the major tech players noted above.

Tesla has been vocal about its commitment to developing a fully autonomous vehicle. However, it’s clear that as this technology is being viewed as the upcoming future of the automotive sector, everyone might be trying to make the first big development.

The idea of a robotaxi might be the first foray into the self-driving reality. Since the development of a self-driving car marketable to the general public would likely take much more time, these robotaxis could be the consumer’s first introduction to a car without a human behind the wheel.

Waymo’s Zoox test markets are worth watching to see how these autonomous taxis fare among the public. If the Zoox (and other models, too) are successful, perhaps the shuttle or ehail services become the first sector that embraces automation.

While the prospect of a self-driving vehicle seems like something out of a sci-fi movie, the idea will likely become a reality. Before we surrender the driver’s seat to AI, though, drivers will most likely face another new tech change in the cars they drive: electric power!

The electric car is the near future. In fact, automobile manufacturers are embracing this technology. General Motors has pivoted to an all-electric design. The company has stated its intent to “…help put everyone in an EV….”

Gasoline-powered motors and the reliance on fossil fuels may become obsolete as cars go electric. Gas stations may transform into electric stations. And while fossil fuel reliance won’t disappear overnight, the switch to electric may help provide a cleaner and greener planet.

Consumers will still drive gas-powered motors until they fail. But when those older models fail, perhaps the only option, the only alternative will be electric.

Besides the benefit of possible savings at the pump, many electric cars can go on a charge for about 250 miles. Some Tesla models, however, can push beyond 300 miles. Two Denver Tesla Club members  drove more than 600 miles on one charge.

What About a Smart Car?

The electric car also might pave the way for a smart car, which is already a bit of a reality. Cars have gained intelligence through the years. The vehicles of decades ago included tape decks that we once thought were so high-tech. CD players became the norm. Then when compact discs became equated to dinosaurs, vehicles had to adapt again.

Now vehicles allow smartphones to connect into the entertainment console. Music on phones can stream through the vehicle. Apps can be used on the road. Text messages can be sent via voice commands. Drivers can accept phone calls without lifting a finger off the steering wheel.

Yet, this technology is still evolving. Nissan’s Invisible-to-Visible technology could bring avatars into the vehicle. No one would have to drive alone, as friends could connect into the car. Drivers could receive driving instructions from a pro. Even the windows could turn a dreary day into a blue sky beautiful day.

Smart cars of the future could integrate smart windshields. Apple’s patent for an augmented reality windshield hinted that it may be possible to have teleconferences in the vehicle. While this could be used in an autonomous car, what if the smart windshield is the future of the modern automobile?

Wayray created the first holographic augmented reality display for vehicles. This allows drivers to see graphics overlaid atop the real environment. The display is smart in its own way in that it gives drivers additional data during their drive.

Other companies are introducing their own augmented reality displays. Car and Driver reported that Panansonic could launch their augmented reality heads-up display by 2024. Panasonic’s display includes data related to obstacles up ahead, lane data, updates on directions and more. Essentially, this technology makes the drive easier. It could also eliminate a need to have a separate GPS. Car and Driver also explained that the technology adjusts as the driver moves.

AI isn’t in a place to bump humans from the driver’s seat quite yet, but vehicles do have some unique intelligence features that already aid our safety on the road (beyond AR). Many current models include sensors that stop the car if a person or obstacle is in the way.

Vehicles also include sensors that emit a rapid beeping sound if the car is about to collide with an obstacle. This can help minimize fender benders in parking lots, too, especially when a car is backing out of a tight parking spot.

Cars also can aid in parking the vehicle. Those who haven’t mastered parallel parking can now rely on their car to help them out a bit. Not only do front and/or rear cameras make parking easier, but some cars actually maneuver the car into the parking space. This might not be completely autonomous, but it’s definitely on the road to autonomy.

The future of the autonomous car is definitely close. Many leading tech players have invested in this technology, and the cars of tomorrow may be bearing tech logos as well as those of well known car brands. However, as long as Huawei remains on The Entity List, consumers in the U.S. will likely not see self-driving vehicles branded by the company on local streets and highways.