How Technology is Driving Innovation in the Gaming Industry 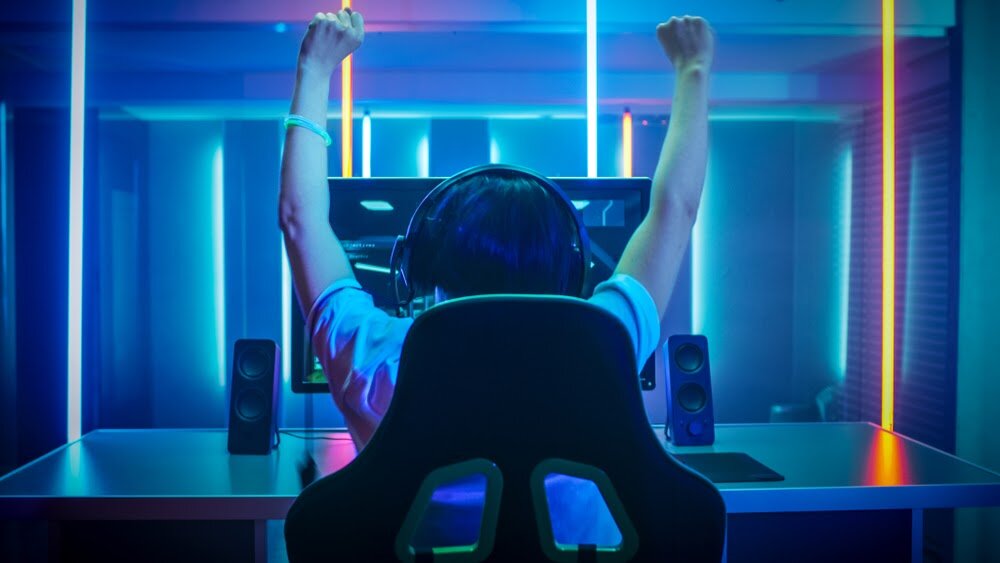 Technology is the second-biggest buzzword of 2020, and it’s no wonder why leading video game innovators are taking advantage of this exploding market. An increase in telecommuting, distance learning and remote healthcare has also had an impact on the advancement of the gaming industry.

While we continue to adjust to a world that’s more digitally connected than ever, gaming professionals, designers, and developers are also jumping on the bandwagon.

Check out some of the top ways technology is driving innovation in the gaming industry.

History of Innovation in Gaming

Once upon a time, Snake and Pong were the height of video game advancement and everyone shared the same love of the signature themes and familiar patterns. Today, it’s possible to play a game for days at a time and never come across the same scene or landscape.

There are more than 2.7 billion gamers today, and that number just continues to grow. The first major gaming boom caused the Video Game Crash of 1983 that sent a shockwave across the console sphere, which lasted about two years and took the industry’s success with it.

Mobile gaming has reached unprecedented numbers worldwide and is the fastest-growing segment of the market. With nearly a million unique games available today, an immense shift took place when Snake was introduced in 1997.

Virtual reality, cloud computing, artificial intelligence, and dynamic image generation are all playing major roles in the growth of gaming as a primary tech industry.

In the past five years, gaming has become a keystone in the entertainment sphere – replacing TV and even movies in key demographics. Photorealistic cut scenes and compatibility with immersive audio/visual devices is a sharp contrast from the angular, two-dimensional designs that were popular less than a decade ago.

Rapid growth within the technological development of new games and systems has led to a shift in the gaming community as a whole. Consoles are individualized for one unique user account, and nearly every major game on the current market has a cooperative mode for collaborative gaming.

Increased interconnectivity, easy cloud-based remote gaming, and cross-platform compatibility are setting the tone for the entire gaming community in 2020.

How has the gaming industry changed?

Video games and computing platforms have seen a major shift in recent years. What started as a simple combination of images and commands is now an entirely different world that includes AI, self-generating graphics, and even fully stacked computing setups.

As society has transitioned from an analog lifestyle to spending most of the day online, video game companies have built a collaborative world for players to thrive.

Here are a few key developmental areas that have seen the highest rate of advancement among the most widely used gaming systems, platforms, and tech leaders:

Artificial intelligence solutions are able to identify patterns in user behavior to conserve energy, extending the lifespan of the device and battery. The same technology that is being used to predict volcanic activity is being used to make games faster, smarter, and easier to use than ever before.

From apps to browser-based games, there are a wide range of options on the mobile gaming market – and this sphere is only starting to grow in 2020. With so much of the population spending time at home, this industry has seen an increase of 35.7% in the last year alone.

Now, mobile gaming generates billions in revenue from consumers all across the globe. Simple touch-and-go applications like Candy Crush are still going strong among this growing audience, but other popular games this year have included:

As phones get faster and more robust in their hardware, games can continue to handle more dynamic elements, impressive graphics, and fun add-ons. This has created a unique synergy between mobile gaming and traditional platforms because many popular consoles and PC games also have a mobile-friendly counterpart.

Many states have been practicing distance learning in schools for months, which has driven parents toward new innovative solutions to keep their kids engaged and learning effectively. This technological shift was responsible for a 23.7% increase across the educational gaming market.

Remember when online games were only for the most tech-savvy individuals (who could afford expensive PC rigs)? Playing video games online is easier and more accessible than before, and this model actually makes up the vast majority of this industry’s target audience.

Cross-platform gaming has also shown an impressive increase in interest and development this year. More games than ever allow users from a variety of devices play together in online arenas.

The ongoing pandemic has put a high level of demand on computer developers to keep coming out with new, innovative ways for users to interact with data online. In many ways, this shift has dictated how technology has changed the face of gaming in the current landscape.

Whether you’re buying a house or trying on an outfit online, virtual reality technology has come a long way since its inception in the 1800s. Yes, you read that correctly. But, the high-tech systems we use today combine photorealistic qualities with responsive sensors and focus points to build digital environments that can truly transport gamers into an alternate reality.

Using a virtual reality headset, gamers can really teleport into the world their games create. The stakes in a hectic first-person shooter become even higher when the game takes your own heart rate into account when building the obstacles that surround your character. Bright, vivid graphics become even more stunning when you have a full 360-degree, first-hand view of the entire digital landscape.

For those who have been staying home for months out of safety, VR games have provided an escape that is getting even closer to becoming adjacent to reality.

Instead of replacing the user’s reality entirely, augmented reality allows video games to penetrate the player’s active reality by superimposing digital elements into their actual line of sight. Interest in augmented reality games has been growing consistently since Pokemon Go exploded onto the scene in 2016.

After the cute little digital creatures took the gaming world by storm, other AR advancements boomed – from matchmaking services to virtual driving games. Video game developers have been using this increased interest as a catalyst for new products.

Why is cybersecurity important for gamers?

You might think that logging on to your favorite gaming platforms exposes little more than your gamer tag, but online or cooperative gaming can leave users vulnerable to cyber attacks.

Nearly every game you pay, whether or not you’re playing through an online server, requires the creation of a specific persona. These digital accounts often need certain pieces of personal information like the players:

Providing anything that’s linked to your identity can make you a target for online scams and identity theft. Engaging in microtransactions, subscriptions, or other transactions that use your payment information can increase cybersecurity risk even more.

For gamers who use their computer to play, they could be bringing viruses and other threats to their work files or personal data.

Additionally, it’s critical to know where your games are really coming from. Pirated games and software is a hot button entry point for cyber attackers to gain access to your console or computer system. Not only is using pirated content a major security risk, but knowingly using unauthorized content is illegal and violators can expect hefty fines – and even jail time.

When you throw gambling elements into the mix, these risks rise exponentially. Many online gambling features that are included in video games don’t adhere to liability and tax regulations, which can affect both sides of the transaction.

Preventative action and early intervention are key for preventing online attackers from getting their hands on your personal or payment information.

The best defense against data theft and fraud is to use antivirus protection and monitoring software on your computers, and maintain common sense when playing on a console to stay secure at all times.

Many households have recently joined the wide world of digital gaming, and veteran gamers are taking advantage of the perks available. Competition is strong among video game creators in 2020, but so is the incentive for increased collaboration.

No matter how you play, there’s no doubt that technology is a foundational part of the gaming process for casual users and expert-level players alike.