Disruption in the Automotive Industry – Part 2 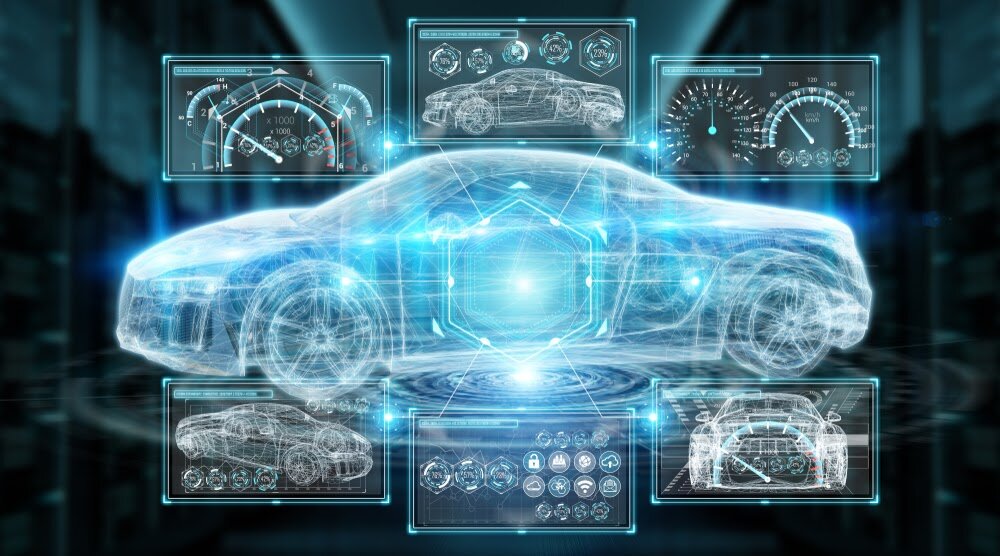 Disruption in the Automotive Industry – Part 1

Disruption in the Automotive Industry – Part 3

For generations, consumers have driven cars fueled by gasoline. Fossil fuels drive our highways and byways, and, of course, our automobiles. Yet, as more consumers may be looking at cleaner, greener vehicles, alternatives to ‘gassing up’ have come with a plug. The electric car and perhaps by a greater extension the self-driving car could possibly disrupt the status quo of the auto industry.

Tesla is perhaps the leader in electric-powered vehicles, or, rather, one of the most sought after brands of electric cars. Other industry leaders have introduced their own electric models, knowing that the plug may be the fuel of the future.

What does this electrifying trend mean for the industry as a whole, though? Will gasoline evaporate from use? Will fossil fuel be an obsolete dirty secret of the past? Or is electric yet another passing trend?

Let’s plug into how electric automobiles and their self-driving futuristic possible prototypes may take the industry into the future!

Why Electricity is so Desirable

The issue of air quality has been on the radar for years—possibly generations. One of the contributors to poor air quality or air pollution is the cars that we drive. While one single car might not necessarily disastrously affect the climate by itself, the issue is the number of cars on the road. Every day, many Americans—probably millions—hit the highways to commute to work.

Traffic jams plug up the roads. Cars sit idle. And nitrogen from our cars creeps into the atmosphere. It is, in fact, nitrogen that is causing such havoc. According to the Environmental Protection Agency, cars emit nitrogen in the form of nitrogen oxide, although, per the EPA, fossil fuels also can release ammonia, which is another form of nitrogen.

Why is nitrogen so bad for the air? When nitrogen oxide is released, it can contribute to acid rain…and smog. This is, of course, the hazy cloud that many people see that looks a bit like dirty fog. Smog can be damaging to the lungs and irritate the eyes.

Carpooling and decreasing menial trips can lower an individual’s impact from driving; this impact is part of our ‘carbon footprint.’ Yet, while individuals and families can decrease their own footprint, others have to do the same to make a meaningful difference. Many cities offer signs along the highway warning of air quality, and this may help drivers understand the days where carpooling could be beneficial.

The Electrifying History of Electric Cars

Through the years, the public has become more aware of these environmental concerns, and many desired an alternative to the fossil-fueled cars we drive each day. But the electric car didn’t just enter our environmental collective because of the need for greener living. The first electric car was developed long before an eco-conscious movement began.

The first electric car was invented around the 1820s-1830s. Energy.gov notes that the earliest of these inventions were small, and more functional electric cars didn’t hit the roadways until around the later part of the 19th century, reaching their peak in 1900. Henry Ford’s Model T zoomed past the electric models, and the Model T and gas-fueled cars became the norm.

It was the cost of the fuel, though, that drove individuals to look once again at electric options. Energy.gov explains that the high gas prices of the ‘60s and ‘70s made people plug into the thought of other options. The price at the pump, after all, affects a family’s budget and bottom line. Those who faced long commutes to work during these decades of high gas prices likely took a hit to their finances.

The electric cars of the ‘70s weren’t very chic or sleek. They were, however, quite compact. One of the models was Sebring-Vanguard’s CitiCar. Only a few thousand were created, and these small cars actually had a bit of speed—up to 50-60 miles per hour!

Unfortunately, the electric car fad of the ‘70s was just that…a fad. And, eventually, it died out. Leaving the roads filled with the standard gasoline-powered engines. Consumers continued to flock to the pump.

Yet, things changed once again in the early 1990s when new regulations meant that electricity was, once again, an interesting option. The late ‘90s saw the introduction of hybrid vehicles, but it was Toyota’s Prius that became an electric hit.

Perhaps it was the Prius’s popularity that really started the true electric revolution in the industry. At the turn of the new millennium, the hybrid Prius became a sleek status symbol. And a symbol of what we might today call environmental ‘wokeness.’ Celebrities were spotted driving the Prius, cementing the car’s status in pop culture.

Later, Tesla entered the market, and charging stations began popping up across the country…especially as electric vehicles became more mainstream.

Yet, given that millions of cars are sold each year, electric cars still make up a mere fraction of total sales. While they aren’t dominating the industry yet, the popularity of brands like Tesla makes the trend hard to pass off as just a fad, especially as many cities have installed charging stations to meet the demands of electric vehicle owners.

The Future is Electric?

Tesla might be making electric shockwaves across the industry. However, while the popularity of Tesla cannot be ignored, the price of a Tesla isn’t necessarily feasible for every American’s budget. Tesla may be considered a luxury brand, as $36,000 is about the price the consumer may pay for the most inexpensive model (Tesla Model 3). The Tesla Roadster, however, is priced at around $200,000.

Consumer demand drives supply. If the interest in electric continues to ‘electrify,’ more affordable models across manufacturers may be introduced. Tesla, after all, isn’t the only player for electric business. Nissan, Ford, Chevy, Honda, Toyota, BMW, Kia, VW, and many others also offer an electric car among their models. Edmunds reports that Mini actually offers the most affordable electric car—the 2020 Mini Cooper SE, starting at $30,750.

If consumers begin to eschew the gas pump for the plug, the offerings from the industry may become even more varied. After all, the auto industry didn’t just begin and end with the Model T. Manufacturers created many models—some more popular than others—throughout the decades, and consumers could choose economic models, luxury models, muscle cars, sedans, SUVs, station wagons (remember the old station wagon!), trucks, vans, minivans and more.

The industry adapts as the consumer’s needs vary. And the electric car evolution may be in its infancy. The future could hold a vast and varied amount of makes/models all featuring unique capabilities.

Will the Electric Car Give Rise to the Self-Driving Car?

Tesla may be known for electric cars, but the company also is pioneering what driving might look like in the future. Tesla’s cars all offer Autopilot capabilities “…and full self-driving capabilities in the future—through software updates designed to improve functionality over time.”

Self-driving cars could start out with humans in the driver’s seat and our AI avatars taking over eventually. The implications of a self-driving car, though, are far-reaching. Without having to focus on driving, humans can multitask during the commute. Maybe teleconferences will happen from the car. Or perhaps the drive will be an extension of the workday.

During pleasure trips, though, the family may be able to watch movies together or play games in the car…while the car drives itself. There isn’t a definitive prediction on how the self-driving car will look in the beginning; maybe different manufacturers will opt for different scenarios.

And will self-driving cars catch on with the public? Electric cars were popular in the ‘70s but disappeared until the ’90s. Could self-driving cars follow a similar pattern? Or electric cars? Right now, electric cars are still the minority. So even electric hasn’t gone mainstream quite yet; electric is trendy and popular, but the price may not make the option accessible to buyers on a budget.

Still, the rising popularity of electric models may show that the plug may be disrupting the popularity of the pump. As for self-driving cars, the future could leave humans in the passenger seat. And AI in control.