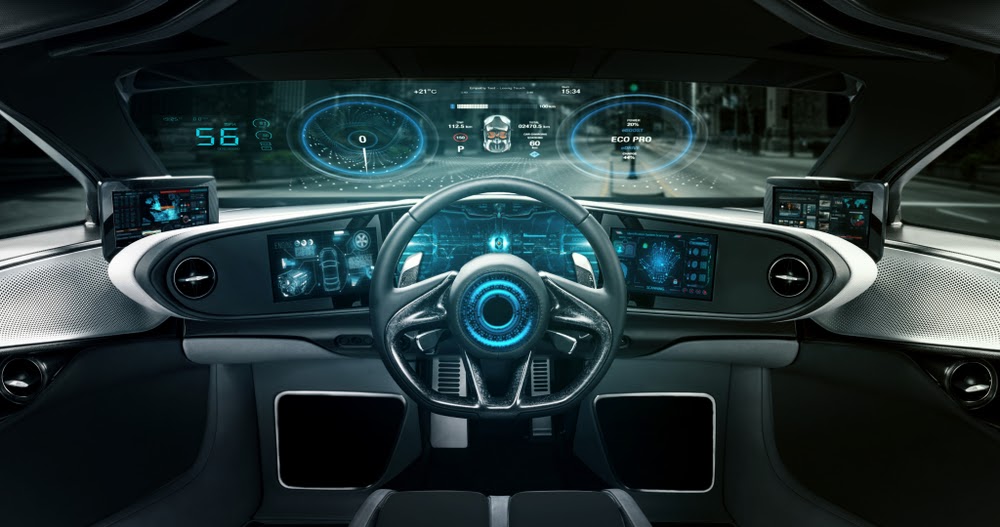 The newest technology to make waves in the automotive industry is augmented reality. This technology superimposes images, sounds, and other digital elements over the user’s actual surroundings. In other words, it blends elements of the digital and real world together.

A number of automotive manufacturers are already using augmented reality technology to gain a competitive edge. Audi, for example, has found several different ways to utilize this technology. Here’s what you need to know about how Audi uses augmented reality:

How Does Audi Use Augmented Reality Technology?

Over the last several years, Audi has used augmented reality technology in various ways, including:

The 70-inch heads-up display windshield is divided into two separate sections. The first is the status field, which is found on the bottom of the windshield. This section provides drivers with basic information including how fast they are traveling and how much gas they have left in their tank. The images that are displayed in this field will appear to be about three meters away from the driver.

The second section is the augmented reality field. Some examples of information that is displayed in this field include:

The images that are projected onto the augmented reality field will appear to be about ten meters in front of the driver. Because of this location, the driver will be able to quickly and easily interpret the symbols shown on the display without taking their attention off of the road ahead. Projecting this information on the heads-up display allows the driver to see what’s going on without having to look down at a smartphone or GPS device.

The images projected onto both the augmented reality field and status field will remain in place regardless of whether the driver is turning, driving over a bumpy road, or coming to a complete stop. The vehicle uses data from over 1,000 sensors to determine the best place to position these images on the heads-up display.

This heads-up display is considered one of the most exciting and innovative uses of augmented reality in the automotive industry.

Audi recently began using augmented reality technology to improve the efficiency of logistics planning. In the past, Audi created physical prototypes of tools and equipment in order to properly plan where everything would go inside a production facility. But now, the automotive manufacturer uses Microsoft’s HoloLens augmented reality glasses to virtually plan out the layout of new structures in an existing facility.

Using these glasses, logistics planners can project life-size digital holograms of each structure into their production facility to determine where everything should go. If multiple planners are involved in the project, they can connect their HoloLens devices to ensure everyone sees the same thing.

They can even reach out to touch, rotate, or move a hologram to another location. If a change is made, everyone who is wearing their HoloLens device will immediately see the updated layout. This makes it easier for teams to collaborate on the layout of a production facility. Using augmented reality in this manner also eliminates the need for physical prototypes, which reduces the cost of logistics planning.

In 2018, Audi became one of the first automotive manufacturers to incorporate augmented reality into its marketing efforts. The app, which was only available in select markets, was launched to promote the release of four new Audi Quattro models.

Using this app, Audi was able to build brand awareness, generate buzz around the newest Quattro models, and increase engagement with its target audience.

Other Uses of Augmented Reality in the Automotive Industry

Several manufacturers, including Mercedes-Benz and Mitsubishi, are using augmented reality technology to assist with the maintenance and repair of vehicles.

For example, Mitsubishi maintenance technicians can use augmented reality glasses to project information or how-to guides directly onto their real world environment. This makes it easier for them to quickly diagnose and address issues without having to waste time flipping through a manual. Because the glasses can project step-by-step instructions, this technology also ensures the repair is done correctly.

The process of designing a new vehicle is also changing as a result of augmented reality technology.

Automotive engineers can now create digital models of new designs instead of physical prototypes, which are expensive and time-consuming to build. These digital models can be projected onto the team’s real world environment, which gives everyone else an opportunity to examine the design and provide feedback.

If changes are required, the digital model can quickly be adjusted, so there’s no need to waste time or money on building a new prototype for every new round of edits.

Using augmented reality to design new vehicles has streamlined the design process and allowed manufacturers to quickly finalize new designs and move them into production.

Many automotive manufacturers use augmented reality technology to assist with the manufacturing of new vehicles.

Assembly line workers are given access to augmented reality glasses, which they can put on whenever they need assistance. Using these glasses, workers can quickly pull up information on how to put together a specific car part or model. This way, they can get the information they need without ever leaving the assembly line or asking someone else for help. It’s also much easier for workers to learn by seeing a step-by-step guide directly in front of them rather than having them read a manual for instructions.

Using augmented reality in this way improves the efficiency of the manufacturing process and reduces the number of errors made during production.

Many consumers want to shift the car buying process online to avoid spending as much time in a dealership. In fact, the less time a buyer spends at the dealership, the better they tend to rate their overall experience.

In an effort to meet these consumers’ demands, many automotive manufacturers now allow consumers to explore vehicles in virtual showrooms powered by augmented reality technology. Consumers can now project life-sized vehicles into their real world environment and explore them without ever stepping foot inside an actual showroom. This gives them the chance to learn more about vehicles, compare different models, and narrow down their options before visiting a dealership.

Thanks to augmented reality technology, automotive manufacturers can create an at-home showroom experience for consumers.