Apple vs. Microsoft: Who Will Augment Reality? 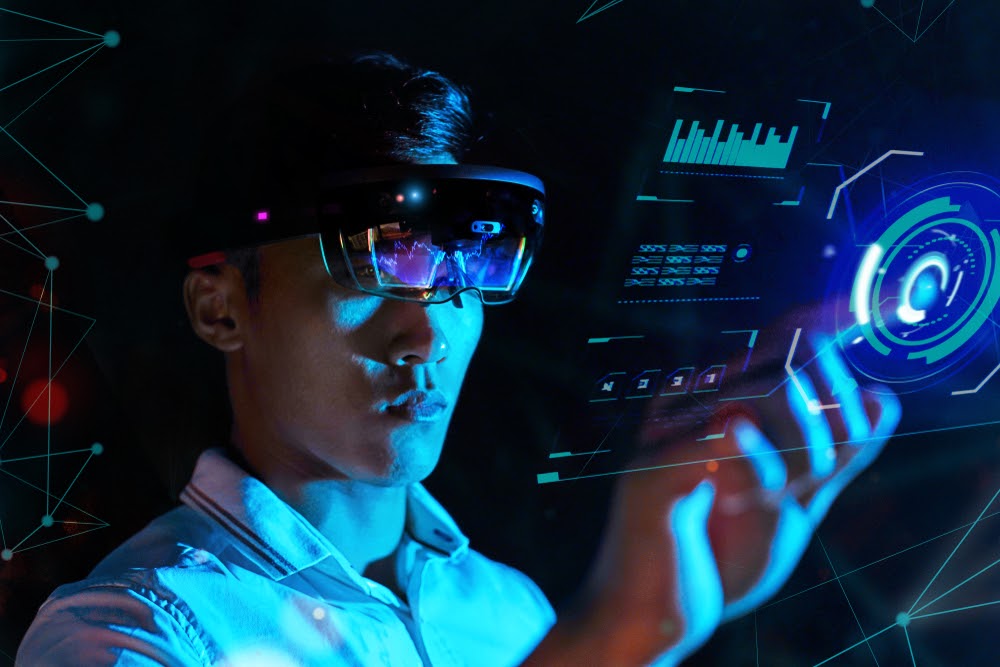 Bloomberg reported that the rift between Apple and Microsoft has been stoked once again. Gamers know that Epic Games (creator of Fortnight) took issue with Apple’s App Store and decided to let users stream games through xCloud (a Microsoft product)…essentially bypassing the App Store rules. Macrumors reported, though, that Apple reversed course. Unfortunately for Apple, Microsoft decided to launch the streaming service online.

The average consumer, however, is likely not going to invest in Hololens. The price point is more than $4,000. Hololens also isn’t a consumer-driven augmented reality headset. This isn’t equipment that will interact with an augmented reality store or other interactive experiences that consumers might demand.

What Hololens shows, though, is that Microsoft has already pioneered a type of augmented reality glasses or headset. While the headset is enterprise-focused, could it be possible to use this technology to create something more consumer-centric? Perhaps.

In an analysis, Macrumors noted that Microsoft is “pursuing a more hardware-based strategy for augmented reality while Apple focuses, at least for now, on the underlying technologies that will eventually drive future experiences.”

But is Microsoft looking at the consumer for an augmented reality future? The answer might be ‘yes.’ VR Focus cited the Wall Street Journal’s interview with Alex Kipman, and the future could include Hololens for consumers! Wall Street Journal reporter Joanna Stern (who interviewed Kipman) tweeted:

“And finally, I spoke with @akipman about Microsoft’s AR / MR efforts. He confirmed Microsoft is definitely going to make a consumer AR headset.”

The rumors have been fierce about Apple’s augmented reality glasses. They should be on the horizon. Yet, nothing definitive has been released by the company related to an official product drop.

While the consumer can look at Microsoft’s Hololens and understand a little bit about how a consumer-driven headset could work, the Apple glasses are shrouded in a bit of mystery. There are reports from Patently Apple that hint at where augmented reality could go for the consumer product.

But even as Patently Apple explains, a patent application doesn’t necessarily mean the product is definitive. However, Apple likely isn’t going to be screaming from an augmented reality mountaintop about technology that’s in the works.

While rumors always abound about the next Apple product, Apple will likely not take a bite out of any official announcement until everything about the product is ready to go. It’s possible that Apple could be playing with different options, features and interactive concepts or even designs.

But will Apple be the first to unveil consumer-driven glasses? Or will another tech player bump both Microsoft and Apple to take the innovative lead?

Facebook will launch new glasses soon. The Facebook x Ray-Ban collaboration has been teased via YouTube. Unfortunately, the teaser video doesn’t give consumers a precise indication about what the new glasses will look like…or what their features will entail.

Project Aria is part of Facebook Reality Labs. The project incorporates augmented reality glasses, but these aren’t for the consumer. Instead, researchers wear them to gather information about the environment. Could these glasses be the beginning of capturing and creating a metaverse for future developments? Facebook notes that the glasses can record audio and visual data, and the glasses for Project Aria are not a prototype of a future product.

It’s clear that Facebook is in the race to an augmented reality future. But so, too, are Google and Snapchat, too!

Wearing the glasses allows users to interact with Alexa. The downside? The glasses are NOT compatible with Apple devices…only Android.

Spectacles by Snap are not augmented reality consumer glasses, but they are still worth mentioning. The glasses can record audio and video. And everything is snapped in 3D! Of course, the glasses pair up with Snapchat. The glasses let users create immersive content via Snapchat, but they probably aren’t meant for the average consumer.

Google Glass headsets are not priced for the consumer (they’re nearly $1,000). The Verge explains that these are for developers or enterprise use. And while Google allowed consumers to buy Glass back in 2014, they weren’t a real consumer success.

However, that doesn’t mean Google won’t pivot to a pair of consumer glasses. While nothing has been announced, could Google jump into the augmented reality race? Maybe they already have.

Google offers a range of augmented reality experiences. So it wouldn’t be shocking if the company decided to develop a new consumer product. Google Search AR is filled with augmented reality animals, anime characters, cars and who knows what else. Google has never released a list of all its Search AR objects. So consumers could stumble upon something new when they search!

Downloading the Google app also lets users access other augmented reality. Visit Easter Island. Or check out the views from the top of buildings like the Eiffel Tower.

Google has developed augmented reality experiences that can be accessed from phones and tablets. And while experiences like Floom and Sodar can only be used by those with Android devices, Google’s app can be downloaded via iOS and Search AR is available on Apple phones, too.

Winning the Race to an Augmented Reality Future?

Which company will be the first to launch consumer-driven augmented reality glasses? While the competition between Microsoft and Apple might be burning a bit hotter, they aren’t the only two contenders.

Speculation has been brewing about Apple augmented reality glasses. While many might assume these could be the next big drop for Apple, nothing has been announced. A consumer-driven Hololens has been announced as a future product, though…and this has been confirmed by the Wall Street Journal. Beyond the understanding that it will happen—eventually!—the look and the exact features are a mystery.

Facebook also hasn’t made any announcement about augmented reality glasses; in fact, consumers don’t even know what the Ray-Ban collaboration will look like or what features to expect.