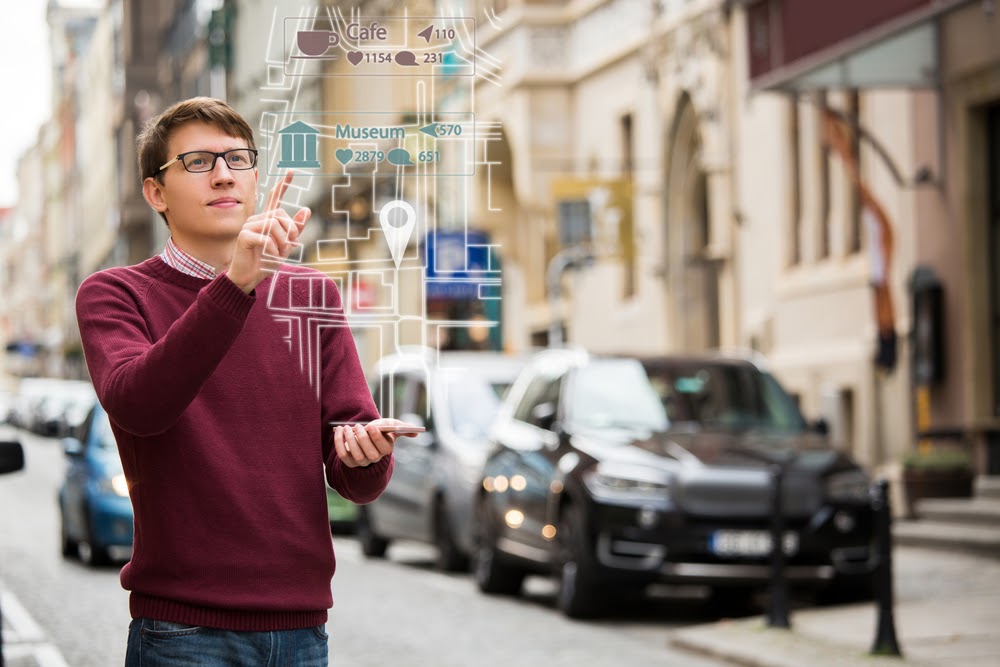 Will Apple take a bigger byte out of augmented reality? ZDNET reported on an interview Tim Cook, Apple’s CEO, did with Kara Swisher on her podcast. While Cook wouldn’t discuss any details in particular regarding what may or may not be in the pipeline, he did talk about how augmented reality could complement conversations—like his interview–with graphics.

“This is the reason I’m so excited about it,” said Cook via the call. “You rarely have a new technology where business and consumer both see it as key to them. So I think the answer is that’s the reason that I think it’s going to pervade your life.”

But just how big of a bite will Apple take out of augmented reality? How invested is the company in this particular market segment? Companies—including Apple—don’t often disclose what’s in the works. Technology is a competitive market, and the tight lips likely ensure that all products under development remain incognito to those on the outside…including competitors. Innovation and innovative products are valuable, and Apple has enough experience to know just how valuable their products are to the consumer.

Tech sites and publications often speculate about what could be next for Apple. The popular speculation is that Apple could release augmented reality glasses. Other sites have found patent applications from Apple that delve into a mixed reality windshield.

For those who want an app that augments art, get ready to paint in neon lights! LightSpace is an augmented reality app that lets users paint via augmented reality. Apparently—per the description—the app went viral on TikTok. Users can create 3D GIFS!

Place the Apollo Saturn V rocket in the backyard and get ready for launch. With augmented reality, users can see the rocket from different vantage points.

The app lets users drop the entire solar system anywhere and explore the planets. Zeroing in on a specific planet brings up additional data.

Can augmented reality help drivers find their car? Apparently, yes it can. The app also lets users set timers so they don’t end up running out the parking meter.

During Covid, Apple teamed up with Lamborghini to unveil the new Huracán EVO AWD Spyder via augmented reality. The experience required an Apple device with iOS 11. Users could drop the vehicle anywhere in their environment, walk around the car and check out its features.

Macrumors reported that Apple’s QuickLook (AR) would be an option for all future Lamborghini vehicles. In the future, visitors to Lamborghini’s site may be able to drop all their cars into a room, a driveway or the garage.

Augmented Reality Glasses on the Market

Augmented reality glasses seem to be the loud whisper related to Apple products featuring augmented reality. Many sites have been speculating about Apple releasing glasses, but no one really knows what they could look like…or if they will even become a reality.

There are, however, several types of augmented reality glasses already on the market. They offer different designs and features…not to mention price points.

Epson Moverio Smart Glasses pop up on the company’s business tab. They can be used by businesses for aiding technicians. They also could be used to provide captioning during movies and to provide unique experiences for exhibits and more.

Wareable reported that Facebook will have its own smart glasses featuring augmented reality. Per the story, the glasses will be Ray-Bans. A YouTube video from Ray-Ban Films teased the new glasses. No details were leaked via the video, however. Will the glasses be aviators or Wayfarers?

Augmented Reality in the Future

Smart glasses aren’t the only augmented reality infused products on the market, though. While rumors often swirl about Apple’s next big launch, there is one major product that many tech titans seem to be pursuing: autonomous cars!

While products like smart glasses can be infused with augmented or virtual reality, the idea of a smart car that is self-driven is really space-age. Several companies are testing robotaxis that are self-driving, and this technology could be the future. But will augmented reality wire into these futuristic cars? Anything is possible.

Nissan is developing technology that allows for avatars to join the ride. Invisible to Visible technology also would show drivers obstacles up ahead and even transform the windows to include pleasant skies on dreary days. Avatars with this technology wouldn’t exist in a virtual realm, instead they would sit in the actual car and would exist as a type of augmented reality.

Our cars are already infused with augmented reality. Backup cameras, smart rearview mirrors and even GPS systems can project graphic overlays on top of the real world environment. These features might boost the driving experience and might even help reduce fender benders (in the case of backup cameras).

Museums also could use augmented reality to create interactive exhibits for visitors. The Smithsonian’s Skin and Bone app can be downloaded onto a device and used to interact with exhibits in the Bone Hall. Users who can’t visit the museum can print out pictures of the exhibits and use the app at home.

In the automotive industry, augmented reality is used to provide help to technicians during repairs and to help consumers preview new cars. Glasses show details during the repair and can even communicate with a team of experts in another location. RelayCars offers an augmented reality showroom that lets users drop different cars into their home or other space; they can walk around the vehicle, swap out paint hues and look inside.

When Will Apple Rumors Become Reality?

Tech companies, however, are always developing and innovating. Consumers crave new products, and the excitement over a new phone—whether Apple or Android—or other device shows just how popular new products are to the consumer. When a new phone launches, the old technology becomes old news…perhaps even obsolete.

Cameras now deliver crisp and precise images. And many phones are now capable of showcasing augmented reality. In the early aughts, a flip phone was popular and considered high-tech; the cameras weren’t great, texting was a chore…and apps weren’t a thing. Now our handheld devices can launch augmented reality games, apps and experiences. The phones can show videos. Texting can be dictated.

So what’s next in the world of augmented reality? From Apple…only the insiders of the company likely know. However, Facebook x Ray Ban is on the horizon. Those Wayfarers might be smart in ways we never knew possible. Will they feature augmented reality? According to a story by The Verge, not so much, as Facebook confirmed to the site that the glasses will not be an AR product. The wait is still on for the next cool pair of augmented reality glasses.