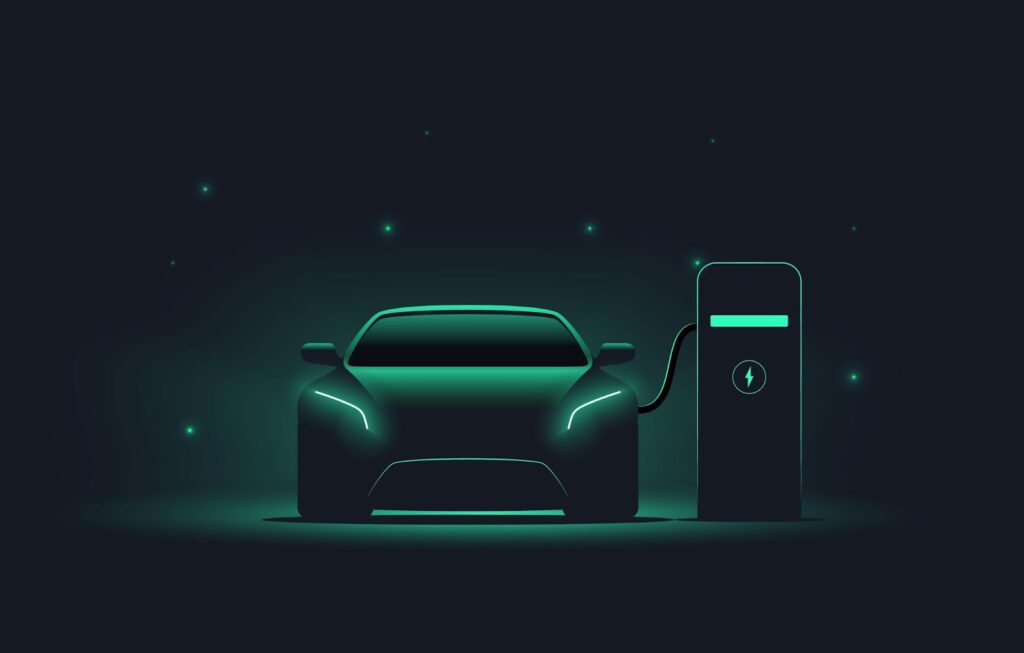 Amid rising gasoline prices, climate change, and ever-dwindling oil reserves, more people are looking for electric cars to reduce their carbon footprint. Until recently, electric cars were hard to find, with the exception of defining brands like Tesla.

However, preserving our natural resources has become a cause embraced by automobile manufacturers and policymakers alike, and electric and hybrid vehicles have been developed by mainstream companies, from everyday driving to luxury vehicles. Most companies either have an electric vehicle, or EV, in their line, or have one coming within the next year.

Infrastructure has been a problem in the past with EVs, but that is rapidly changing as more charging stations have been built to accommodate them. This includes home installation, but also public places are increasing the number of stations available for consumers to use, from rest stops to sports stadiums. Today, there are plenty of places to charge an EV’s battery, so no one should be afraid that they can’t charge their electric vehicle.

The market is also becoming more competitive as automakers from around the world attempt to compete with one another in the EV market. China has several lines of EVs – in fact, they had so many that the government had to step in and order consolidation efforts. Competitors from around the world, including Japan, Germany, and the United States, have answered the call with vehicles of their own, from personal cars to commercial trucks.

All of this change has given consumers a variety of options to choose from as we head into a future with no need for gasoline or diesel. Since it’s an emerging market, many of these cars are very new, either released within the last few years or for the 2023 auto year. Let’s take a look at some of the top EV makers.

You know their names, but do you know how many of them make EVs? Some people are surprised to find out that these well-known makes have electric models, and more than a few are working toward reducing their number of combustion engines by 2030.

Many well-known automakers not shown below, such as Jeep and GMC, are releasing their electric models within the next few years, between 2023 and 2025. If these interest you, be on the lookout for their upcoming EV models. Vehicles that have already been released include:

As part of the group of German automakers that have pledged that 40% of their lines will be electric by 2030, Audi has already delivered. The luxury branch of Volkswagen has already released the e-tron (there really are no caps in the name) and e-tron Sportback, and is adding a sedan and an SUV to its offerings in 2022.

The BMW i3 has been out since 2013, but since the company wants 25% of its sales to be electric by 2025, they are developing new models and have a few new releases in 2022. The i4 luxury sedan and iX SUV complement the i3 and give prospective BMW owners a variety of options to fit their lifestyle.

The Chevy Bolt has been available since 2017, and the company has continued to release new models. The 2022 Bolt is the latest, but Chevrolet is planning on the EV treatment for both the Silverado pickup truck and the Blazer SUV in the next year or two, and an electric Corvette isn’t far behind.

The Fusion hybrid was only the beginning for Ford, and their first full electric was one of their most popular vehicles, branded the Mustang Mach-E. 2022 also saw the release of the F-150 Lightning, the EV take on their popular pickup, and the E-Transit, a van model. On deck for Ford seems to be the Explorer, with all of their line being at least hybrid by 2026.

2022 Hummer was GMC’s entry into the electric vehicle market. Right now it’s only available as a pickup, but mid-2023 will see the release of its sister SUV. Both will have the power Hummer is known for, but in an electric vehicle rather than combustion, saving Hummer drivers money at the pump.

Ioniq is the new line being released by Hyundai starting in 2022, and new vehicles are planned for the near future. However, Hyundai was already in the EV market with the Kona and the first-generation Ioniq in 2021. This means Hyundai already has a proven record with electric vehicles. The Kona also got a 2022 model, and the Ioniq now has a hatchback version.

Right now, Jaguar only has the I-Pace, which has a 2021 and a 2022 model. However, in one of the more ambitious plans among traditional auto manufacturers, Jaguar has also pledged that all their cars will be electric by 2025. Among their plans is an EV version of their popular XK.

The Kia Soul is probably the best-known of the make’s EVs but it’s the Niro and the EV6 that consumers in the United States will find. The Niro is a sporty crossover that resembles a small SUV, while the EV6 is a sports car. Both of them are only the beginning for Kia, as the South Korean carmaker develops other new models.

Lexus has two electric models coming out in 2022, but only the 2023 RZ 450E will be available in the United States. However, the luxury division of Toyota has plans for new vehicles, including an SUV that should roll out by 2025. Since Lexus is known for SUVs and sedans, we can expect to see electric models from them soon.

If you have the money, high-performance sports model Lotus has released the Evija, their 2022 electric vehicle. Lotus is a high-end brand, though, and the Evija will be a limited release, and thus very expensive. However, since Lotus is such a well-known luxury brand, we can expect more electric models as they try to stay competitive.

The famous high-performance manufacturer has declared that by 2025, every model they release will have an electric version. They started with two popular models, the GranTurismo and the GranCabrio, both released in 2022. Plans for the future will be exciting as they announce which of their models will be getting an EV overhaul.

California drivers are the only ones who can get the 2022 MX-30 right now. Their first foray into the EV industry is a sleek-looking compact-SUV crossover that seems more for local driving than long trips. Although no other models have been announced, Mazda is a luxury brand that is surely perfecting their technology before their next big EV.

There’s been a lot of buzz about Mercedes-Benz’s EQB, EQS, and EQA, but only the latter two are confirmed to be available in the United States. The EQS model is available both as a sedan and an SUV, and more models are planned for 2024 and beyond. These will correspond to other combustible editions of Mercedes-Benz lines.

The tiny Cooper almost lends itself to an electric motor, and Mini chose to design theirs around the iconic Cooper body. The maker is planning on converting all its lines to EVs in the near future. The Cooper S E Hardtop isn’t for long roadtrips, but can still be sufficient for running errands or a night on the town.

The Nissan Leaf was first released in 2010, one of the first electric vehicles on the market. However, it is only recently that the Leaf has seen more demand, probably in part due to better infrastructure support. Joining the 2021 and 2022 Leaf is the 2022 Ariya, an electric SUV. Nissan has several other vehicles planned for the next few years, so NIssan enthusiasts should keep a watchful eye.

The Taycan is luxury manufacturer Porsche’s contribution to the EV market, but it is only the beginning. Delivering on all the power and speed Porsche is famous for, the Taycan has been available since 2021. It even has the distinctive body of its maker. An SUV called the Macan is in the works, but we likely won’t see it until 2023.

At the center of several European auto manufacturers is the German Volkswagen, which has been dabbling in hybrids for decades. Like the rest of the companies in the group, they are committed to reducing carbon emissions. This has begun with the 2021 ID.4, and will culminate in the release of 70 models by 2030. Given their recent history, their pivot to electric power is not surprising, but shouldn’t dissuade anyone from forgiving them as they seek redemption through an aggressive EV campaign.

Although it is funding a spin-off EV manufacturer, Volvo is looking to become all-electric by 2030, with 50% of its vehicles converted by 2025. They currently offer the crossover 2021 Recharge XC40 and its sports car sister the 2022 Recharge C40, both of which reflect the Volvo name and are the first steps in a new era.

The environmental need for EVs motivated the creation of companies that specialize only in electric engines. In the United States, the best known is Tesla, but new EV makers are bringing their own models to the public. Many of them are still in development, but here are a few that have been released.

This independent company has been developing its product into the 2022 Air, an electric sedan. Their next project is the 2023 Gravity, which will see a mid-2022 release with the other 2023 models. Some speculators claim that Lucid could become the main competition for Tesla, in part because the inaugural 2022 Air won the Motor Trend Car of the Year.

A Volvo electric vehicle division, Polestar started out with the hybrid Polestar 1 in 2021. However, the 2022 Polestar 2 is entirely electric, and the company has committed to become an EV-only manufacturer. Two more models, a sedan and an SUV, are due out in 2023 and 2025. With the backing of Volvo and a few other companies, Polestar is poised to become a pure-play contender.

Tech giant Amazon has invested in Rivian, ordering 100,000 electric vans from the start-up. This has bolstered its credibility as it releases the R1S, an electric SUV, and the R1T, its EV pickup. The combination of the two points to a stable future for the company as it develops more electric vehicles for the US market.

This is the most recognizable brand in the United States, in part because of its domination of the market thus far. With the Model 3, the Model X, the Model Y, and the Model S, the company has been the most established of the world’s EV manufacturers. The 2022 Roadster and 2022 Cybertruck are the latest additions to the Tesla family, and the distinctive Cybertruck body made headlines upon announcement of its release.

Making Sense of the EV Market

When choosing an electric vehicle, it’s important to know what’s available, especially since this is a new market with a lot of new players. You can start your search for an EV here and get to know the models above in more detail, with all the guidance you could hope for in the search for the perfect car.