How Augmented Reality in Construction Helps Architects, Engineers and Builders 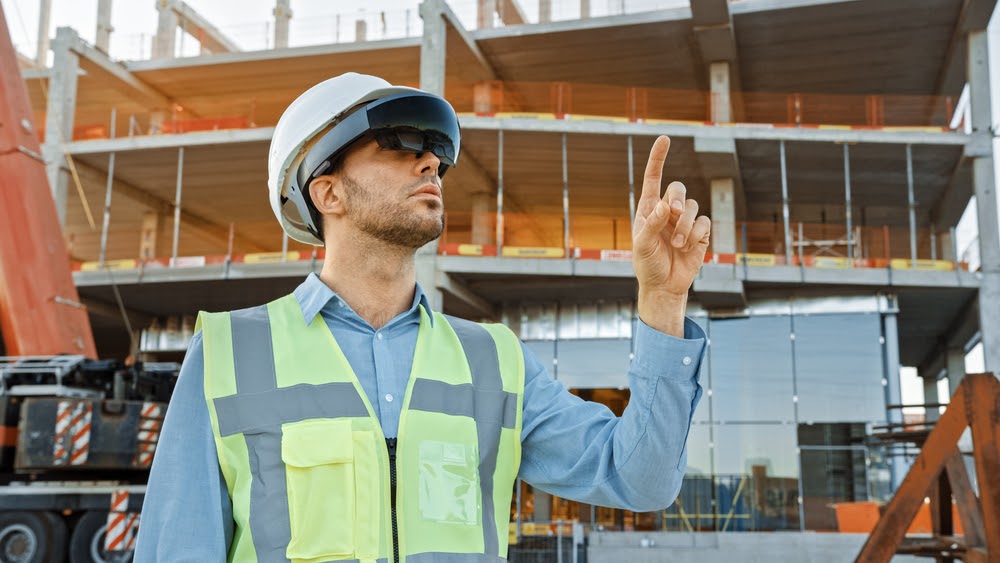 Augmented reality is being utilized by many industries for try-on experiences aimed at consumers, simulations in education and in manufacturing to aid technicians in their repairs and to learn processes. The benefit of augmented reality is that this technology can allow industries to preview ideas or updates to existing structures.

Augmented reality has become an important tool for the construction industry. While virtual reality transports users into another realm to preview an idea or design, augmented reality might only require the use of glasses or even just a tablet or phone.

Augmented reality is easy to use, and its convenience can make it an ideal choice for a number of industries including the construction industry. Augmented reality works by using a phone or tablet to capture the real environment; graphic depictions are then shown in this environment.

For the construction industry, augmented reality can allow for new designs to be projected into a space. The technology also could project a full image of a project design onto a bare lot.

These graphic depictions can help architects, engineers, builders and maybe even homebuyers see a project before its even completed or before it has even begun. In the past, computers were used to show models of architectural drawings and renderings, but now augmented reality can show a more accurate and realistic depiction right on the property.

The architect is charged with drawing the design of a home, building, structure or renovation. Architects will not only create renderings of the final design, but they also will draw and design the building plans for the project.

The app ARki lets architects transform 3D models into augmented reality. This allows architects to drop a project model onto any space—including the empty lot where it might be located. This can help clients and the architect better understand the design.

Flatworld Solutions explains that engineers also can use augmented reality to view projects. However, they also might use this technology to include multi-step instructions in a manufacturing plant to aid technicians.

Engineering is a vast field that extends beyond construction and building. However, in the building or construction industry, engineers could use augmented reality similarly to architects.

Digital Builder explains that augmented reality could be used in numerous capacities throughout the construction process. Augmented reality allows a digital preview in almost any environment. This means that models can be dropped on the lots or spaces where they will be built.

However, the site also explains that the construction industry can use the technology to collaborate. Augmented reality can give others on the team—who may be remote—an opportunity to view the project and catch any issues.

Many industries—including construction—also may use augmented reality tools for employee training. Like virtual reality training, augmented reality allows workers to safely explore problems and situations without actually being in harm’s way or making an error that could be disruptive.

There are many different augmented reality experiences that can help homeowners better understand renovations, too. In different home shows on television, homeowners might be shown what their space will look like when renovated. These previews are typically shown via a computer.

However, as augmented reality is becoming more of a mainstream technology across industries, architects and those in remodeling might be able to use augmented reality to show homeowners their real space with graphic depictions of the renovation.

Many stores offer preview experiences to consumers to let them try out furniture and other products, too. Using augmented reality, the consumer can actually place a couch or other item in a room. Will the sofa complement the side chair? Consumers don’t have to guess, they can just grab their phone and use augmented reality.

Even the walls can benefit from augmented reality tools. When remodeling a room, homeowners also might consider an entirely new color scheme—including the paint on the walls. In the past, buying paint meant viewing different swatches and hoping that those hues looked the same on the wall. Sometimes the gamble was a serious fail.

Now paint companies offer try-on features for their seemingly endless array of colors. How does this work? Again, consumers just need to use their phone or tablet’s camera to show the walls of their room.

Then they can choose any paint color, and with a simple selection, the paint will magically appear on the walls thanks to augmented reality. The worry about the paint color complementing or clashing with the furniture or carpet is no longer an issue.

Floor coverings can be augmented in the space, too. Crate & Barrel, Catalina Rugs and even Target let consumers preview rugs in their space.

For the consumer, augmented reality isn’t just a helpful and unique resource, it also can be a lot of fun to use. Consumers can keep trying out different paint colors or previewing different carpets, lamps or end tables to create all different design looks in a room.

Augmented reality might be the technology that dominates the future for the consumer and perhaps for many industries, too. This technology is easily accessible via phones and tablets, while virtual reality relies on cumbersome headsets that are usually tethered to wires.

The accessibility makes it easy for architects and engineers to go anywhere to preview a design. With just a smartphone, construction professionals can even provide an augmented reality walk-through of a building concept.

The consumer also benefits greatly from this technology. Not only does augmented reality give them the ability to possibly preview a home or maybe even a renovation before the project even begins, but consumers also can preview paint colors, furniture and even rugs to find their best options.

There are limitations to augmented reality, though. For example, while the consumer can swipe on paint using augmented reality and even drop in a rug to see it in a room, they can’t currently do both with basic apps.

An experience from Crate & Barrel to preview a carpet in the living room can’t yet sync up to another augmented reality experience that lets the consumer swipe on paint color. While industry professionals like interior designers might have the capability to show consumers every detail, a homeowner who simply wants to redecorate a room without the aid of a pro might have limitations.